BEHIND THE IRON CLAW 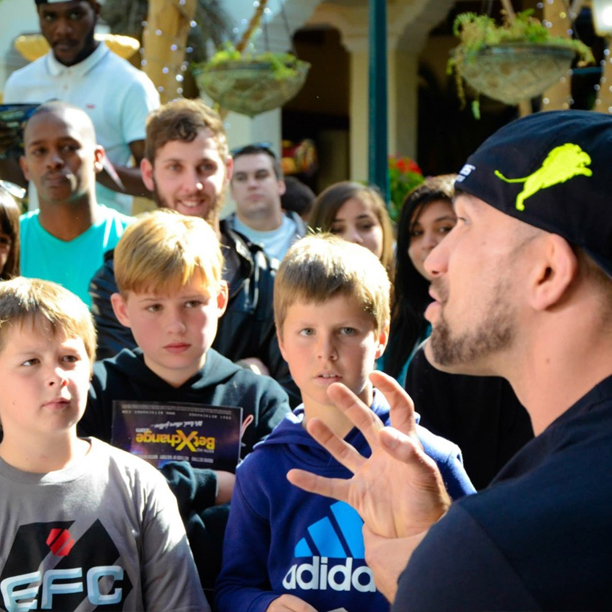 Cape Town, South Africa – American Dave ‘Pain Train’ Mazany makes his return to the EFC hexagon for the first time in five years this Saturday against Cape Town’s Sibusiso ‘The Monster’ Mdoko. Mazany returns to South African shores with a host of experience and a unique gesture that has had some fans puzzling over its meaning. It is called the ‘Iron Claw’ and it goes back to old professional wrestling.

“It’s a submission hold in pro wrestling, where you grab your opponents face and squeeze until they pass out or tap out,” Mazany elaborated in an interview this morning. He added, “It was used by a hand-full of wrestlers but the Von Erich family made it popular.”

When asked why he uses the Iron Claw Mazany stated, “I love pro wrestling and its roots are very interesting.” He continued, “They used to be real, but matches got boring so they started becoming fixed. Back in the day, the closest thing to an MMA fighter was a pro wrestler.”

Mazany further explained, “It also symbolises the concept of MMA being as much entertainment as it is a sport. The match bookings, the interviews, the shows are all based on an entertainment concept rather than seeing who can fight well.”

“I also have been dabbling in pro wrestling since high school. My last match was against Phil Baroni in a converted auto garage in Vegas.”

The American concluded with an interesting fact about his specific use of it, “The first time I held the Iron Claw up in public in front of an audience was at EFC 5 after I beat Wentzel Nel, so another piece of symbolism for the Iron Claw is that it symbolises the rebirth of my career. And it looks really fucking cool!”