GREATNESS IS MY VISION

American Dave Mazany recounts his journey back to EFC 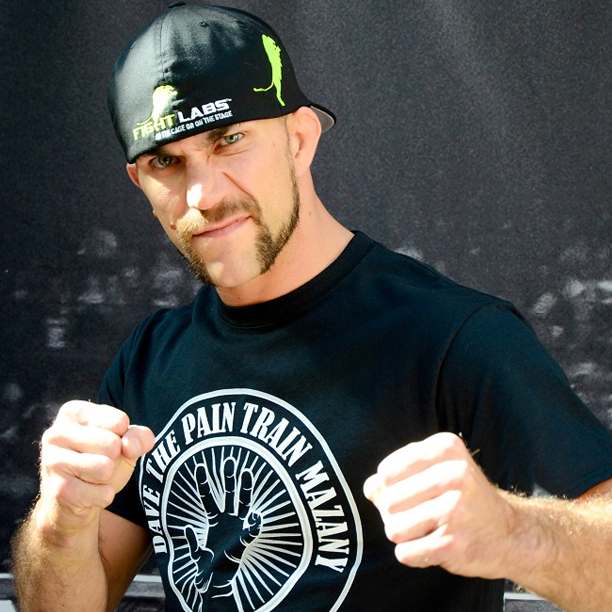 Cape Town, South Africa – Ahead of his massive return to the EFC hexagon this Saturday, Dave ‘Pain Train’ Mazany completed an intriguing interview, reliving his past EFC experience and how he is back for glory.

Below is a short excerpt from the interview, read it in full on Combat Press here: bit.ly/1IgtfVc

‘“I’ve won titles [and] beat giants in the middleweight division — as a natural lightweight. I’ve sparred with legends and made friendships and connections that I never dreamed of. If I step back and look at everything, it’s surreal. But greatness is my vision, so I’m not surprised. I’m expecting more.

Mazany is set to make his return to the Extreme Fighting Championship Hexagon nearly five years after he first fought for the promotion. Back then, he was a relatively fresh fighter on the scene and was in the midst of a three-fight skid. Without a victory to his name in over two years, Mazany flew across the world to fight Wentzel Nel and won a fight that would help steer his career back on track.

“Although I was in great shape and the training I had in Vegas increased my skill level a lot, my confidence was low. The fight [against Ryan Ford] before the EFC fight, I suffered a compound nose fracture and a broken orbital which required reconstruction. I didn’t have medical insurance, and I had to pay off a bunch of medical debt. It was funny when I sunk the choke in deep — my first thought was, ‘How is he gonna get out of this?’ and then he tapped. My mind was blown, and that fight re-birthed my career.”’