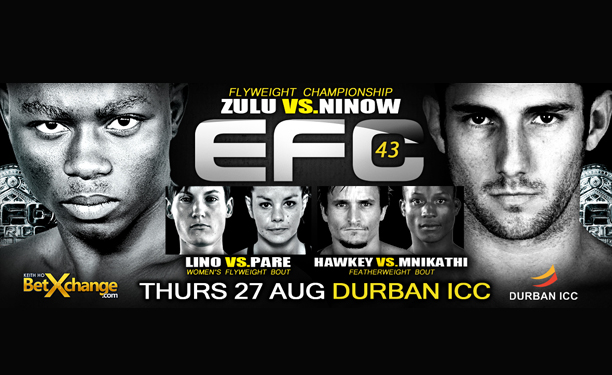 The press conference began with reigning welterweight champion David Buirski announcing his withdrawal from his scheduled defence against Martin ‘The Punisher’ van Staden, due to an injury sustained at training earlier in the week. EFC knew of this news a few days prior to the press conference and in order to keep van Staden active, offered an interim title fight to Dricus Du Plessis who is injured, and then to Henry Fadipe who gladly accepted.

In light of the news, EFC made it public that van Staden had been offered an interim title fight against the next most eligible athlete, the former welterweight champion, Fadipe, but van Staden has declined.

At the press conference, van Staden stated that he needed to discuss the matchup with his team before he could accept or refuse the bout. Upon further discussion, van Staden and his team have refused the interim title fight, opting to wait for Buirski to fully recover and face each other.

“I deserve my shot at the champ,” van Staden stated. He continued, “Not against a guy that is coming off a loss and been doing other things for the last year and a bit. I am not willing to put my career on the line by making emotional decisions. It’s a business decision or me and when David is ready, I’ll happily take that strap from him.” Van Staden concluded with, “then Fadipe can try taking it from me!”

All eyes now focus on the now main event of EFC 43, when Nkazimulu ‘Zuluboy’ Zulu takes on Durban’s own Craig ‘Nemo’ Ninow in a rematch that has been two years in the making. The last time they met was at bantamweight and ended with Ninow’s going to hospital for a devastatingly broken nose. The main event is supported by a women flyweight fight between standout Amanda ‘Mad Dog’ Lino and France’s Isabella Pare. This will be history in the making with the first flyweight champion being crowned and the first time women feature on the main card.