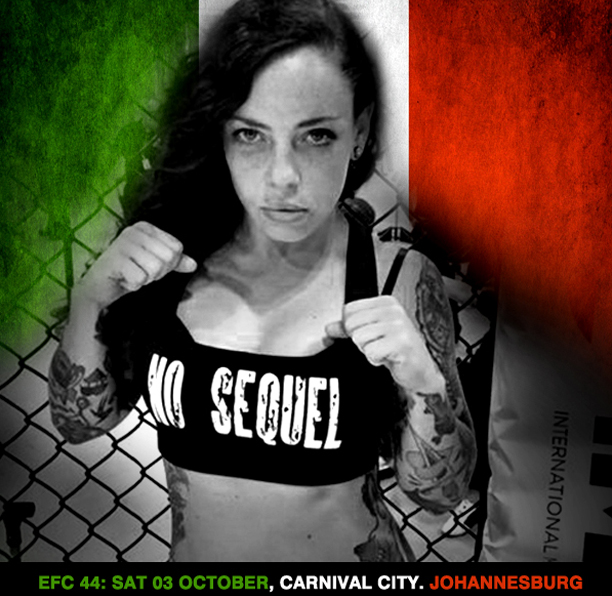 Johannesburg, South Africa – EFC 44, Carnival City, get ready! With the epic triple championship event coming up in just a few weeks, one spot remained unfilled on the main card until now.

South Africa’s Danella Eliasov’s latest challenge has been confirmed. The psychiatrist with a dominant professional debut win under her name will face Italy’s Micol di Segni on Saturday 3 Ocober.

Danella Eliasov made history by being the first South African female to enter the EFC Hexagon in February this year when she faced, and defeated Hungary’s Zita Varju. After taking some time out for a few months to get married in her upcoming opponents home country of Italy, Eliasov is back and ready to make headlines inside the Hexagon once again.

Micol de Segni hails from Hung Mun MMA Studio in Rome, Italy. In July this year she won the flyweight division at the amateur world championships in Las Vegas convincingly beating everyone else in her division via unanimous decisions. The Italian has a steep challenge against her in the South African Eliasov who will be a big step-up in technical abilities from her previous opponents.

Don’t miss this fight, the main events three title fights and so much more!