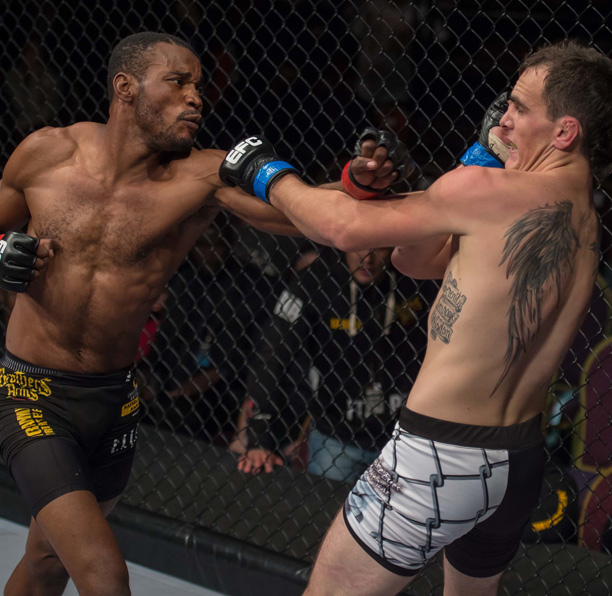 Johannesburg, South Africa – On the verge of the biggest EFC fight night in history, EFC 44 has not been without incidence. Due to injuries the line-up to this momentous occasion has seen some changes in the roster.

In the first fight scheduled of the evening Senegelses athlete Mamoudou ‘Frenchie’ Toure has withdrawn due to a neck injury that would prevent him from competing safely in the Hexagon. Action fighter Anicet Kanyeba answered the last minute call-up to face the highly rated debutant Jeff Madiba.

In a light heavyweight bout Jean-Marie Kabeya was scheduled to face Chad ‘Superman’ Hanekom. Two highly touted athletes set to add more depth to the talent rich division. However, Kabeya suffered an ankle injury during his final preparation and has been forced to withdraw. There has been no replacement bout found and both athletes are expected to feature on EFC fight cards soon.