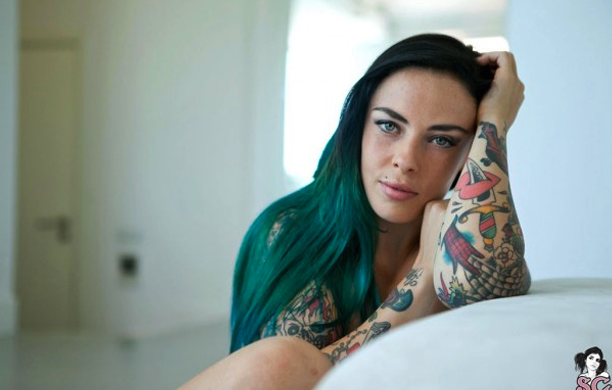 Johannesburg, South Africa – EFC’s newest signing Italian Micol di Segni has not even competed in the Hexagon yet and is already causing a stir in mainstream media due to some of her out of competition activities.

Below is a short extract from an article from eNCA.com, the full article can be read here: bit.ly/1OvkWbU

“Even South Africa’s first pro female fighter, Danella Eliasov is a practicing psychiatrist at Chris Hani Baragwanath Hospital. But it’s her upcoming opponent’s 9-to-5 that may raise more than just a few eyebrows.

Fighting out of the highly-touted Hung Mun Camp in the quiet leafy lane of Via Riverona, just a stone’s throw from the Vatican, the organisation’s new signee from Rome, Micol DiSegni comes fresh off an IMMAF (International Mixed Martial Arts Federation) Championship win this past July in Vegas. She’s on a four-bout winning streak, courtesy of a cracking submission game.

But being a World Champion is not the reason why Di Segni has 57,000 Instagram followers, nor is it fighting on the biggest night of MMA in the history of South African sport. It might be because Di Segni, AKA Eden Von Hell, just so happens to be one of the most popular adult models in Europe.”

Di Segni will face South Africa’s Danella Eliasov next month at EFC 44 at Carnival City on the main card of the massive triple title fight event.