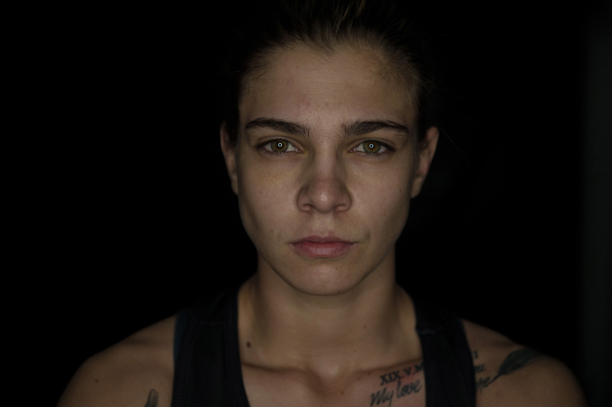 Cape Town, South Africa – There is a lot of hype surrounding the EFC women’s flyweight division with its ranks quickly filling up with talented prospects from around the world. One who has received much acclaim is South Africa’s Shana Power who is making her debut this Saturday at EFC 45 against England’s Kirsty Davis.

Fighting and training out of the renowned Fight Fit Militia gym in Johannesburg, Power has been under the watchful tutelage of head coach Richie Quan for her entire career.

Quan is confident that she is the best female in the organisation and that she will someday be champion. “I currently believe that Shana is the only full time female MMA athlete in the division, that is and has been putting all her focus and time into her growth in Martial Arts,” explained Quan. He continued, “She is very young in the sport but she is super determined to reach her goals. I also think she has a better all round game and is currently always improving on it. I am super excited to really see what separates her from the rest as that question can only be answered once that gate closes. She is ready to put on a fight!”

When asked what fans can expect from Shana in her EFC debut, Quan responded, “Shana is very aggressively calculated and she is understanding the game better with every fight.” He added, “Her last fight she was so relaxed yet she executed everything we wanted her to do. The fans can expect educated violence, not going to see a messy fight. We can expect a great display of calculated violence.”

Fighting out of FFM, Power trains alongside some of the most dominant athletes in the world, namely Demarte Pena, Boyd Allen, Garreth McLellan and more, and the experience has transferred to her in great deals, explained Quan, “She has started out training with several EFC champions and contenders since the beginning, and the guys don’t take it easy they treat her as a ‘Shark Women’, because that’s what she is now. Her goal is to walk the same journey as her fellow team mates to make herself and her team proud and honored. She will be EFC champ one day, that is my job and that’s what I intended on providing.”

Watch Power take on Davis plus six more bouts live and exclusively from GrandWest ahead of the five main card bouts.