Danella Eliasov and Shana Power give their thoughts on Trosee vs. Lino 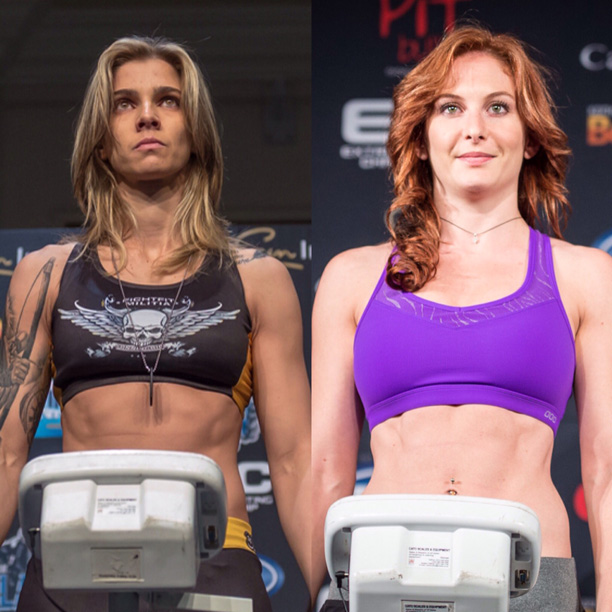 All eyes are on this bout, especially the eyes of two standouts that have also been making waves in the women’s division. Danella Eliasov the first South African female to compete in the Hexagon and Shana ‘Titanium’ Power, whom made her EFC debut in Cape Town at EFC 45, recently released statements on the upcoming historic bout taking place between their counterparts:

Shana Power:
“My thoughts about two South Africans fighting are as follows: It may be historic in the EFC hexagon but at the end of the day it is still a fight no matter the nationality. I think it will be a good fight and I am looking forward to seeing what these two ladies bring and how they have evolved from their previous fights as MMA athletes. I hear Jacqui has changed camps, so it will be interesting to see what she has added to her skill set. We haven’t seen much of Amanda’s ground nor wrestling and I think Jacqui will be testing those aspects of her game. I wish both of them the best of luck!”

Danella Eliasov:
“I am very excited for this fight. I think it’s a great matchup. Amanda is coming off a loss and will be hungry for the win. Jacqui has only fought once against a much smaller opponent so we haven’t yet seen her full skill set. Both ladies have shown heart and determination in the Hexagon before and I think this will be an explosive and competitive fight. Good luck to both Jacqui and Amanda.”

Watch all seven prelim fights live and exclusively from Carnival City, ahead of the five main card bouts. Broadcast details available on www.efcworldwide.com