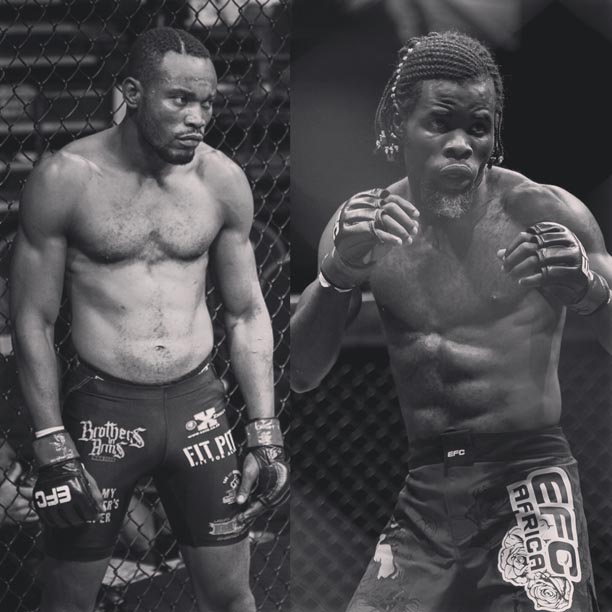 Johannesburg, South Africa – It was announced yesterday that the fight between and Anicet Kanyeba and debutant Aly Kalambay had been cancelled as no appropriate replacement could be found to face Kanyeba. When Tshilomba ‘The No.1’ Mulumba heard this, he immediately offered himself to face his DRC countryman inside the Hexagon 5 March.

Mulumba is best known for his aggressive all-out attacking style that has kept fans enthralled and entertained with every appearance. He has promised to give fans a fight to be remembered, for years to come.

Kanyeba and Mulumba were once teammates in Pretoria. They have since gone different ways and joined separate gyms. Kanyeba joined with Brothers in Arms in Pretoria and Mulumba with Decota MMA in Witbank, Mpumalanga, the former training partners will now face each other.

Upon signing for the bout, Mulumba’s coach Fanie Prinsloo released a statement over social media: “BAD BLOOD: Contract signed, sealed & delivered for Tshilomba Mulumba vs. Anicet Kanyeba at EFC 47. We don’t like ‘BIA’, we don’t like what they stand for or what they represent. ‘THE No. 1’ is coming to prove his point & unmask Anicet & exploit every single hole in his game to date!

An exciting prelim card takes place ahead of the massive five fight main card in the first event of the year, headlined by Scotland’s Danny Henry vs. DRC’s Igeu Kabesa.