MADIBA AND NIENABER IN SEARCH OF DIVISIONAL ASCENSION 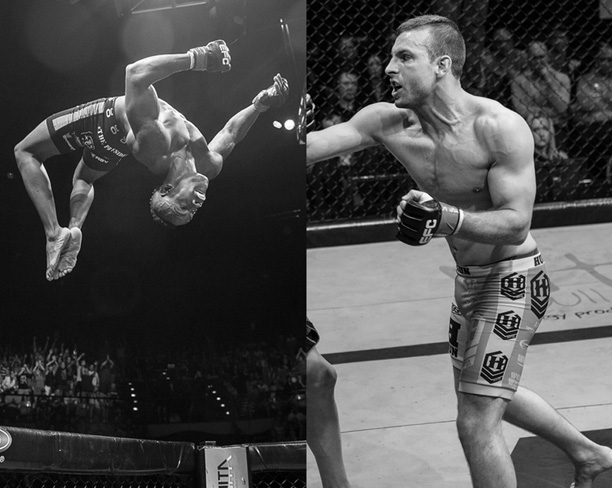 Johannesburg, South Africa – The first card of the year just got even bigger with the addition of final bout on the main card being announced. The charismatic Tumisang ‘The President’ Madiba will take on former title contender Barend ‘BB Gun’ Nienaber.

Fighting out of ‘House of Tinkerbell’, Springs local Madiba has returned to his electric winning ways in his last outing in the EFC Hexagon. Adding to his growing list of phenomenal wins over the likes of Pierre Botha, Mbululo Swekile and Sizwe Mnikathi, Madiba submitted Tyson Chelin in the first round in Durban. He is back on his uphill path towards EFC featherweight gold. With his exhilarating style and post-fight summersault antics, fans can always expect super exciting action when Madiba enters the Hexagon.

Standing in Madiba’s path is a man that knows what it takes to get to the top of the division. Former title contender Nienaber came close when he challenged Boyd Allen for the vacant belt, but ended off second best on that night. Having been recently engaged and moving to Team CIT in Pretoria, Nienaber has been reinvigorated and found success in his most recent appearance, having submitted Pierre Botha in the first round.

In a bout that is sure to have far reaching effects on the featherweight division, who will walk away the victor?

This and four more massive main card fights including two title fights ahead of a stacked prelim card, live and exclusive from Carnival City.