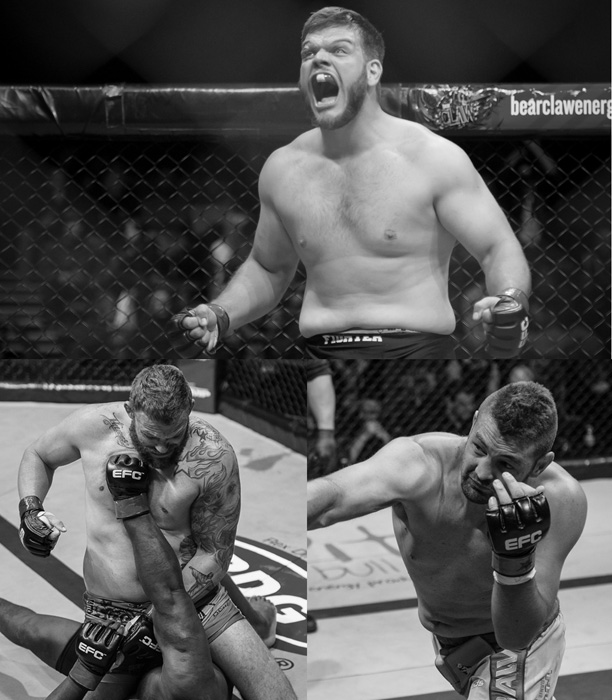 Johannesburg, South Africa – Following in the footsteps of former EFC champions Ruan ‘Fangzz’ Potts and Garreth ‘Soldierboy’ McLellan, Frenchman and reigning EFC heavyweight champion Cyril ‘Silverback’ Asker has become the latest athlete from the EFC roster to sign with the UFC (Ultimate Fighting Championship). Asker will relinquish the EFC title and look to make his mark on the world’s biggest stage.

“This is fantastic news,” stated EFC president Cairo Howarth. He added, “It highlights the talent which the organisation has across all divisions. I am incredibly proud of all the EFC athletes for all their achievements.”

Asker debuted in the EFC Hexagon at EFC 37, where he beat knockout artist Ricky Misholas with a dominating unanimous decision. In his second outing in the Hexagon, he faced the former EFC champion and former UFC heavyweight Ruan Potts. After receiving significant damage early in the first round, he rallied on and reversed position. He proceeded to lay out his own devastating ground and pound on the former champion, forcing him to retire from the fight before coming out for the second round. Asker had earned his shot at the coveted EFC heavyweight title and went on to face the reigning champion Andrew ‘One Gear’ van Zyl. Once again, Asker showed his incredible talent and claimed victory over van Zyl to earn the gold belt.

“It is unfortunate that Asker was not able to have the opportunity to defend his title in the EFC,” stated Howarth. He continued, “Brendon Groenewald was coming off a very impressive performance against the ‘Polish Giant’, Kowalkowski, and Danie van Heerden is riding an amazing three fight win streak, having finished all that stood in front of him. Groenewald and van Heerden were our number one picks for the Frenchman to defend the belt. The final plan was for Groenewald to challenge Asker in Cape Town, so now the natural choice is to give van Heerden the shot against him for the vacant heavyweight title.”

“Cairo I don’t know how to thank you mate! Samy, Cyril and I really appreciate the way you take care of us! We fight in every part of the world for a lot of organisations and sincerely you are the best. The way you deal and take care of fighters is very good! I hope we can see Bushido Academie fighters in the EFC again. We meet in the future.” James Schiavo, Cyril Asker’s manager.

“I’m all pumped up and excited for the new vacant title fight, this fight is going to be epic,” exclaimed Howarth. He concluded with, “I’d like to wish Cyril all the best for his future and thank him for all the exceptionally memorable performances in the EFC Hexagon.”

Groenewald is a former heavyweight champion, who previously captured the top spot with a spectacular KO victory. Van Heerden has also challenged for the light heavyweight title in the past and has remained undefeated since moving back up top heavyweight.

The future of the heavyweight division will be decided on 23 April at GrandWest, Cape Town at EFC 48.