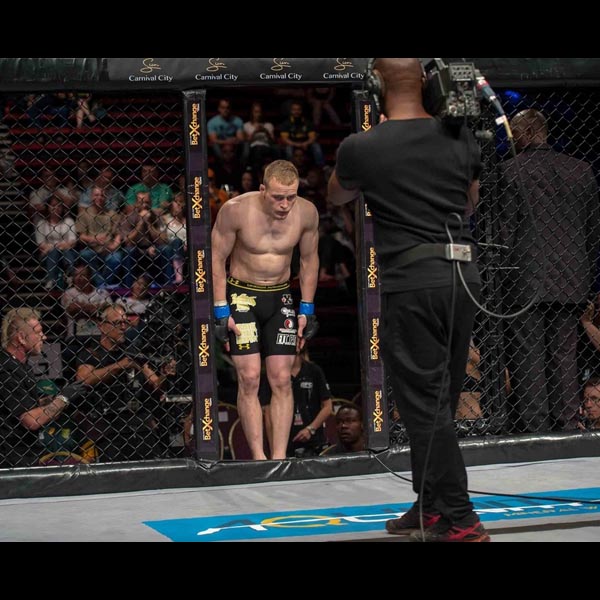 Cape Town, South Africa – Last month it was announced that EFC athlete Cole Henning was found testing positive for a banned substance. Following his hearing with South African Institute for Drug Free Sports (SAIDS), Henning was banned from competition for a period of four years.

Following the release of this news, eNCA decided to report on the case and speak to all parties involved. You can read and watch the full report here.

“We adhere to a zero tolerance policy when it comes to performance enhancing substances,” stated EFC President Cairo Howarth. He continued, “However, while we are thankful for the good work SAIDS is doing in keeping sport clean, we feel the penalty he received under the circumstances is rather harsh and have advised Cole to appeal the decision.”

This substance can be found in supplementation products which are readily available on shelves at chemists throughout South Africa.

Up until 13 November 2015, all testing by SAIDS was done during competition. EFC recently announced that SAIDS would be conducting out-of-competition testing in addition to in-competition testing being conducted by SAIDS at EFC events since 29 April 2015. Before then, EFC’s anti-doping programme was facilitated by Drug Detection International.