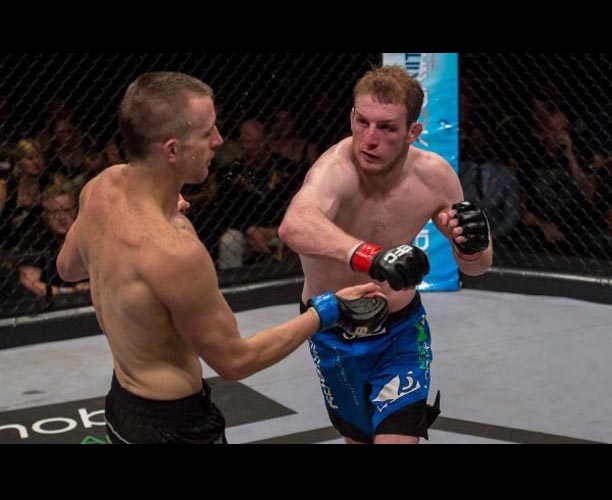 Johannesburg, South Africa – eNCA takes a look at Saturday’s massive first EFC event of the year and breaks down the five main card fights in an intriguing preview article titled: ‘EFC 47 – March to a different beating.

Below is a short extract from the article featured on eNCA, the full article can be read HERE.

“Far too often an MMA organisation finds itself short of a headliner a few weeks out, the solutions and permutations to which are kiboshed at every turn. Far too rarely, the opportunity arises for two governors with outstanding records of service and victory who are willing to throw down for the pure delectation of the fans. Enter the two canis primus of Leon Mynhardt (17-6-0) and Boyd Allen (13-3-1). Their monolithic win columns are testament to the Ramesseum durability of their reigns of which Allen was recently and uncharacteristically deposed of his by Danny Henry and three broken ribs. This will be the first time in a while we’re seeing Allen fight neither weighted with a golden strap nor having to make the 66kg mark and the lack of encumbrance may burn the nitro in his legendary footwork, fists and floor fluidity. Really, no pressure. The Iron Lion remains undefeated in almost four years and has just returned from Tiger Muay Thai in Phuket ostensibly to sharpen steel before his title defence against Dave Mazany, the highly-regarded Alaskan who crocked his elbow and has now only fought once in the EFC in over five years. So yet another classic FFM/CIT war is on the cards and it will be fascinating to see how the two match up on the feet. Allen may be looking to employ his laser-honed fists to test Mynhardt’s chin which has been suspect a few times lately, but as the entire lightweight division will testify, if you engage with Mynhardt in that manner be prepared for a hard-hitting brawl. Someone said recently, precision beats power and timing beats speed which may encourage the Pretorian to hit the canvas emboldened by the manner of Danny Henry’s triumph. There the strength lies with the lightweight Mynhardt but the cardio with the featherweight Allen who won’t be cutting. It’s an age-old impasse and a classic conundrum for South African MMA fans. Don’t blink.”