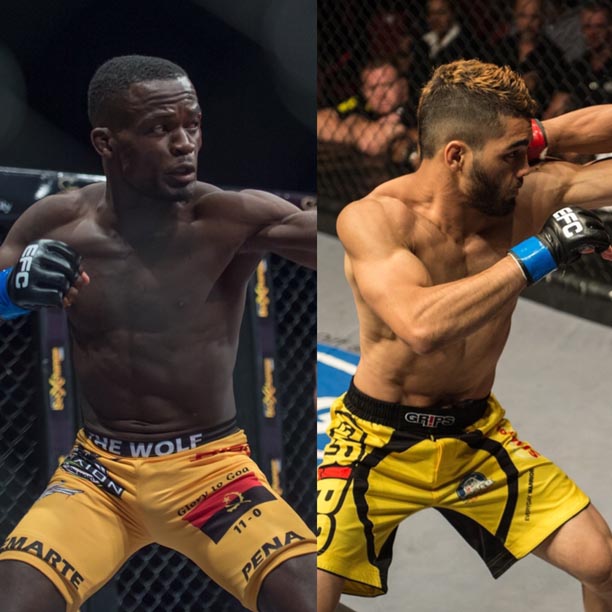 Johannesburg, South Africa – On the EFC roster there is one match-up that has been requested more by fans than any other. One that has been on the verge of coming to be for over a year. The most dominant champion in EFC history Demarte ‘The Wolf’ Pena vs. Irshaad ‘The White Tiger’ Sayed.

However, regardless of EFC Matchmaker Graeme Cartmell and EFC President Cairo Howarth’s best efforts, this highly anticipated fight will not come to fruition in in the near future. Last year the bout was postponed twice. Initially with Sayed observing the Muslim month of Ramadan and being unable to compete at the time and later Pena focusing on his university exams.

The fight has been offered to both men on several occasions and most recently with talks of an event in Angola to take place, Pena has taken the stance that he will only defend the belt in his home country in front of his people and not in April in Cape Town.

“We have tried everything within our power,” stated EFC president Cairo Howarth. He continued, “However, Pena is not budging on his decision and is firmly set on only defending his championship against the number one contender, Sayed, in his home country of Angola. At this point in time, an event in Angola is likely to happen in June.”

Sayed has been highly vocal on Twitter, consistently calling out the champion with various tweets:

“Stop wasting everyone’s time you blady tollie @thewolfpena, either you defend the title or vacate it, simple @EFCworldwide @EFCGraeme #droll”

“Maybe you should switch to pro dodgeball, that’s what you’re good at. Dodging fights @thewolfpena @EFCworldwide”