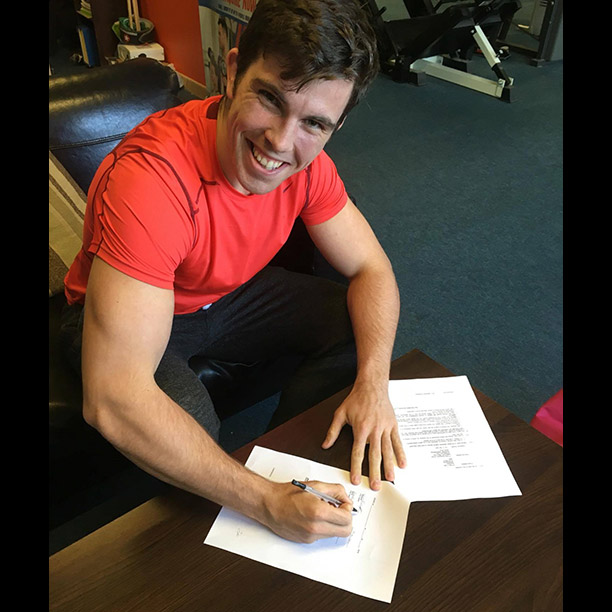 Johannesburg, South Africa – Another standout Irish Mixed Martial Artist joins the EFC roster in the form of Cian ‘Kong’ Erraught. Set to make his EFC debut at the milestone EFC 50 event against a yet to be named opponent.

The Irishman brings a wealth of experience in his team. Hailing from Dublin, Ireland ‘Kong’ fights out of the famous SBG Ireland gym under the watchful eye of John Kavanagh and trains alongside EFC athlete Peter Queally and UFC champion Conor McGregor.

An amateur champion, ‘Kong’ enters EFC undefeated as a professional. He is known for his crisp boxing and when asked, in an interview, what fans can expect from him, he responded: “A massive work rate, an unbreakable spirit and violence on a level that no one in the light heavyweight division could possibly deal with!”

A former ‘Division A’ Rugby League athlete and professional boxer, ‘Kong’ is a complete athlete that knows what it takes to get to the top of a stacked division.

‘Kong’ is an incredible mix of brain and brawn, he is not only a professional athlete, but is both qualified as a personal trainer and strength coach and has a degree in Medicinal Chemistry and Pharmaceutical Sciences.

“I’ve joined EFC to be a champion,” stated the Irishman. He continued, ”I have the potential to be the best in the world and where better to prove it than with EFC. I cannot wait to go in and put on amazing performances for the EFC fans, who will hopefully turn into Cian ‘Kong’ Erraught fans after they see my style.”