BAHATI: I WILL FINISH HIM IN THE FIRST, JUST LIKE MCLELLAN

England’s Yannick Bahati confident of victory ahead of Friday 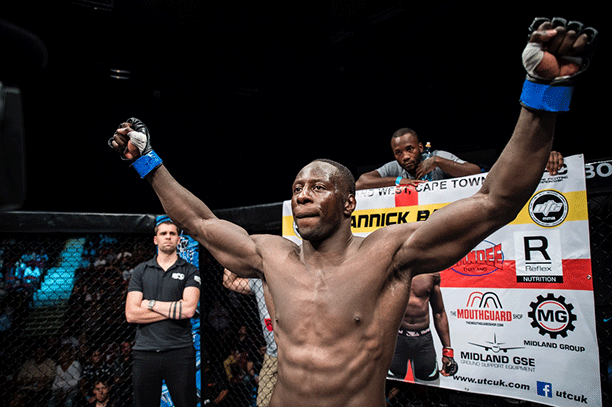 Johannesburg, South Africa – England’s Yannick ‘Black Mamba’ Bahati is set to face South Africa’s JP “Tinkerbell’ Kruger for the vacant EFC middleweight title this Friday in Kruger’s backyard at Carnival City. Bahati has been supremely confident in all his interviews about the upcoming title fight.

In an interview this morning, Bahati was asked about former EFC champion and current UFC athlete Garreth ‘Soldierboy’ McLellan and how he sees himself stacking up to the South African former champion.