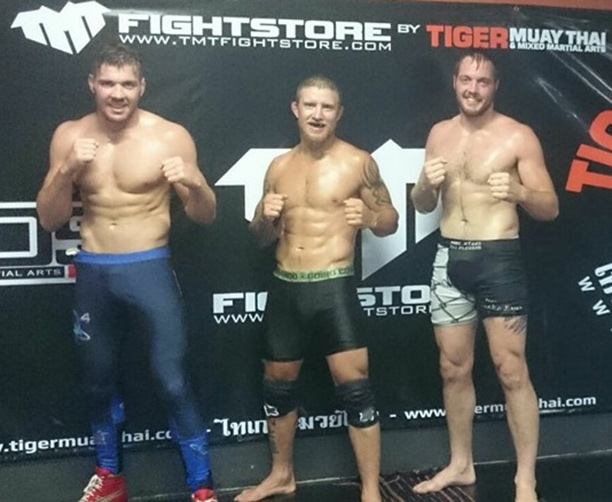 Sun City, South Africa – At EFC 50, a new name will join the EFC roster, one that is not so unfamiliar. The older brother of MMA star Dricus ‘Stillknocks’ du Plessis, Niel du Plessis. Niel trains alongside his brother at Team CIT in Pretoria and has amassed his own set of accomplishments. Niel is an amateur champion with a record of eight wins and only one loss.

On 17 June, Niel will make his professional debut when he faces DRC’s Pupanga Tresor, who has been out of action for over a year. After suffereing a KO loss, Tresor moved from Cape Town to Johannesburg and joined the famous Fight Fit Militia gym alongside such athletes as Demarte Pena and Martin van Staden.

Fans have come to expect only the best when CIT and FFM showdown in the Hexagon and these two warriors plan on nothing less than a war.

“I’m super proud to have my brother Niel following in my footsteps. On 17 June, not only am I going to make history by becoming the youngest EFC champion in history by defeating Martin, but Niel will also make a massive impact in his division and defeat Martin’s teammate, Pupanga.” – Dricus du Plessis

These exciting bouts take place on the prelim card ahead of the five main card fights, live and exclusive at Sun City.