A team rivalry with the welterweight title on the line 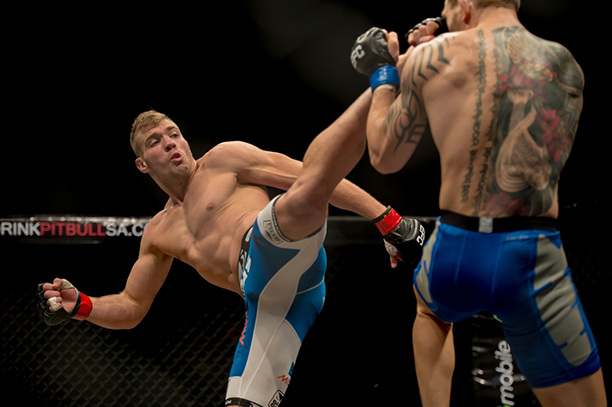 Sun City, South Africa – In less than a month EFC will be hosting its historic milestone 50th event, headlined by young MMA star Dricus ‘Stillknocks’ du Plessis and MMA icon Martin ‘The Punisher’ van Staden for the vacant welterweight title. The fight began its build-up with an official press conference held last Friday, where both du Plessis and van Staden answered questions from the media about their approaching title fight.

Van Staden was confident in his answers and stated, “I will beat you on the 17 June my boy. I’m going to teach you a lesson. I’m going to school you!”

There is a massive rivalry between FFM and CIT, two of Africa’s best gyms and 17 June’s title fight will only further highlight which camp will have the bragging rights of the number one in Africa.

While Du Plessis let the comment slide on the day, this morning he took to social media releasing the following statement: “So you say that you’re going to school me? Haha, you don’t have the brains nor the ability for that my man. There’s only one place I get schooled or taught a lesson and that’s in my gym, with teammates, who are proven to be better than you 4 times in a row, if I’m not mistaken.”