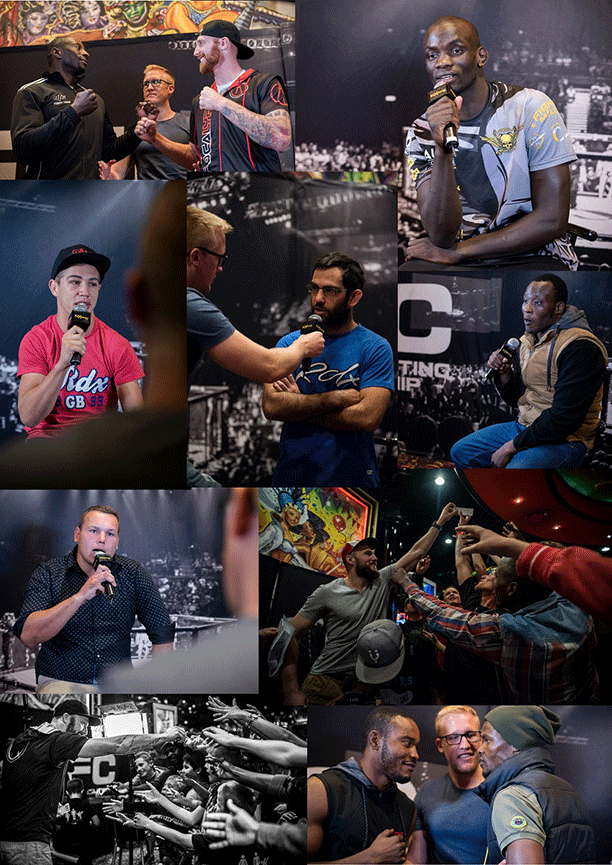 As well as being part of the action, receiving complimentary tickets and winning EFC merchandise, fans in attendance and fans watching live on Periscope bared witness to some great interviews.

Following are the highlight quotes from the day.

JP Kruger – Fights England’s Yannick Bahati
“I am so blessed to be back here and to feel all the fan support is amazing!”

Yannick Bahati – Fights South Africa’s JP Kruger
“I believe I am the best middleweight in EFC.”

“McLellan was a good middleweight champion, but if he was around when I signed with EFC I would have come out on top.”

Tomasz Kowalkowski – Fights South Africa’s Andrew van Zyl
“If I can beat Andrew, I can beat every heavyweight in EFC.”

Themba Gorimbo – Fights England’s Joe Cummins
“On Friday I am going to remind everyone who the boss is.”

JP Buys – Fights Abdul Hassan
“Abdul thinks I am just a kid and is underestimating me.”

Brendon Katz – Fights Wesley Hawkey
“I’m going to tear him apart; I am going to feed him a lot of leather.”

Jeff Madiba – Fights Amos Hlatswayo
“Amos, please bring your A-game. I want to put on a show for the fans.”

Alain Ilunga – Fights Anicet Kanyeba
“I will knock him out in the first round.”

Wessel Mostert – Fights Wilhelm Strauss
“I need to finish ‘Tiny’ in the first round.”