“BETTER BELIEVE I AM THE BEST” 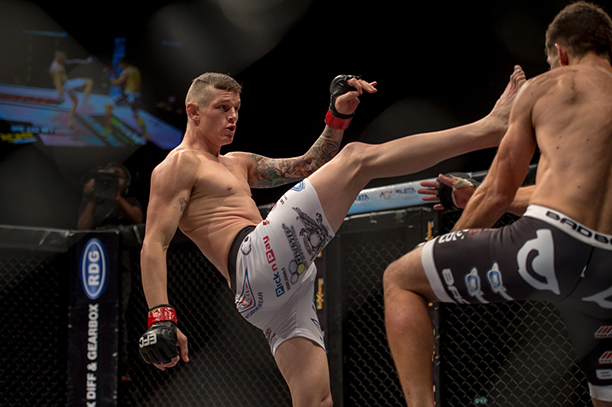 Sun City, South Africa – At next Friday’s landmark EFC 50 event at Sun City, MMA icon Martin ‘The Punisher’ van Staden will have the chance at the welterweight title when he faces rising star Dricus ‘Stillknocks’ Du Plessis. Van Staden is well aware of the grand opportunity and challenge that lies in front of him.

Acknowledging the life changing moment that is fast approaching, van Staden released the following statement on social media recently: “It’s not often that life gives you a second chance; an opportunity to redeem yourself; to learn from your experiences; to prove that you are good enough… EFC 50 is my second chance and you better believe I am the best.”

With just over a week until the biggest fight of van Staden’s career, you can be sure he is more focused than ever on the task at hand.

Dricus du Plessis vs Martin van Staden headlines EFC 50 at Sun City and will be preceded by a massive main card and exciting prelim card action on 17 June. Experience entertainment anywhere, anytime, with the ample line of mobile tablets from Samsung .

EFC 50: Du Plessis vs van Staden, taking place on Friday 17 June at the ultimate destination, Sun City. Tickets are on sale soon at www.computicket.com, and the 5 main card bouts will be broadcast live on kwesesports.com starting at 20:00 (CAT) and delayed live on e.tv after the 20:30 (CAT) movie.