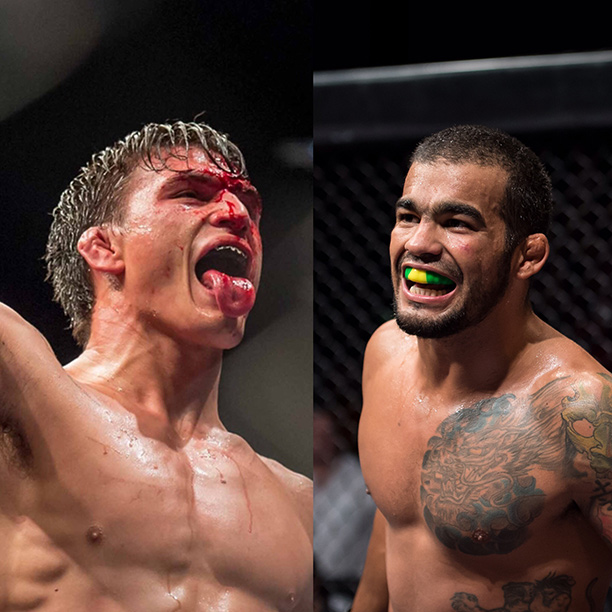 Madge and Costa were once coach and student in Cape Town, but then it all fell apart in animosity. What was once one of the most dominant teams on African continent, learning and teaching one another their own unique skills and rounding out each other’s skill-sets, they dispersed their seperate ways.

Costa is a Brazilian Jiu-Jitsu Blackbelt that learned how to strike with some of the best in the world. Winning the welterweight title in the process. He left EFC following a loss to Martin van Staden and returned home to his roots in Brazil. He has since moved to America and opened his own gym and has been hounding the matchmaker’s office to return to the EFC Hexagon and asking for the fight against Madge.

Madge is a former Muay Thai champion, that has competed on some of the biggest Muay Thai stages in the world against some of the best. Under Costa, Madge learned how to grapple, which helped lead him to claiming the EFC lightweight title. He has since moved to Fight Fit Militia in Johannesburg. Looking like a newly evolved athlete, Madge always brings an intensity to the arena that is rarely matched, especially in front of his home crowd in GrandWest.

The conflict between these two elite athletes is set to collide on 5 August in The Cape of Storms.

All this and so much more at the mega EFC 52 event.

More details and full fight card to be announced soon.

EFC 52: Madge vs. Costa, Dalcha vs Maphutha, presented by SUPABETS, and takes place on Friday 05 August 2016 at GrandWest, Cape Town. Tickets available soon at www.computicket.com, all the main card bouts will be broadcast live on kwesesports.com starting 20:00 (CAT) and delayed live on e.tv after the 20:30 (CAT) movie.