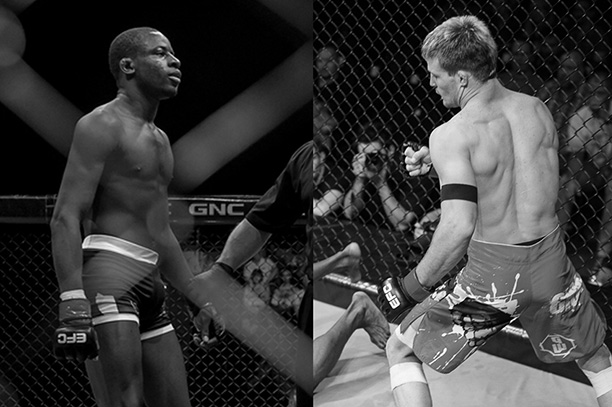 Johannesburg, South Africa – Earlier in the week, EFC received word from champion Igeu ‘Smiley’ Kabesa that he had been knocked in training and suffering dizzy-spells. Speculation was rife regarding his condition and if he would be able to compete safely and defend his title at next month’s EFC 51 event. Word has now been received that he will be withdrawing from the bout against Hanru Botha for precautionary health and safety reasons. The bout will now take place at EFC 54 later in the year.

Kabesa is undefeated as a professional MMA athlete with a record of 7-0 and has a very high finish rate. He was set to defend the championship for the first time against South Africa’s Hanru Botha next month at EFC 51 in a highly anticipated matchup between two wrestling specialists with completely opposing fighting styles.

“It is very unfortunate that Igeu has been injured,” stated EFC president Cairo Howarth. “However, we take the health and safety of our athletes very seriously and cannot allow him to compete with any risk and have decided to postpone the fight to a later date.”

When reached for comment on the change of date for the fight, Botha had the following to say: “He knew he needed to prepare hard for the fight against me, but you can’t train your chin. I could have knocked him out now, instead I will knock him out then, it’s just a matter of time.”

Full details on changes to the EFC 51 fight card will be announced soon.