ILUNGA STEPS IN TO FACE SEABI 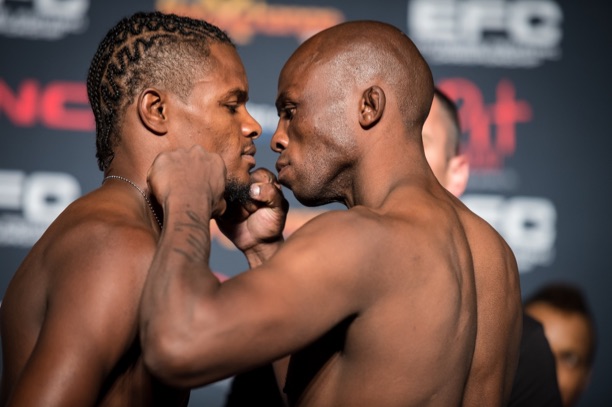 Johannesburg, South Africa – JP van Rooyen, who was scheduled to make his EFC debut was unfortunately admitted to hospital for a burst appendix last week. He was scheduled to fight against Conrad Seabi at EFC 51 but was forced to withdraw from the bout. DRC’s Alain Ilunga stepped in.

Seabi and Ilunga have faced each other before in a lightweight bout which resulted in Ilunga winning via a Triangle submission in the second round. This time they will meet at welterweight, Seabi’s natural weight category where he carries far more power and endurance.

This late replacement bout takes place on the prelim card ahead of the colossal five fight main card event which see’s South Africa take on the world and headlined by the lightweight title fight between the champion Leon Mynhardt and America’s Dave Mazany.