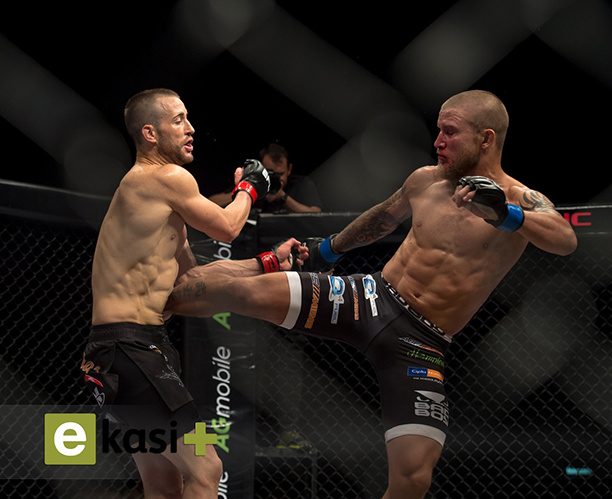 Leon Mynhardt was first set to defend his EFC championship belt against America’s Dave Mazany months ago, but Mazany withdrew due to medical reasons. On short notice, Mynhardt and Allen put on one of the best fights in EFC history. It was a fight without any title implications, but nevertheless the two warriors stood toe-to-toe for three rounds of non-stop action. Allen ultimately won the battle via a split decision.

Now with Mynhardt once again matched to fight Mazany, his previous loss begs the questions; Has he got what it takes to defend? Has he lost his ‘invulnerability’? How will it affect him in the fight?

In a second bonus EFC Fight Night episode broadcast directly after the first, we look back at fights from over two years ago. Tomorrow night South African fans can re-watch the following epic fights for the first time on free-to-air television: Craig Ninow vs Baldwin Mdlalose, Wesley Hawkey vs Brendon Katz and Martin van Staden vs Jeremy Smith.