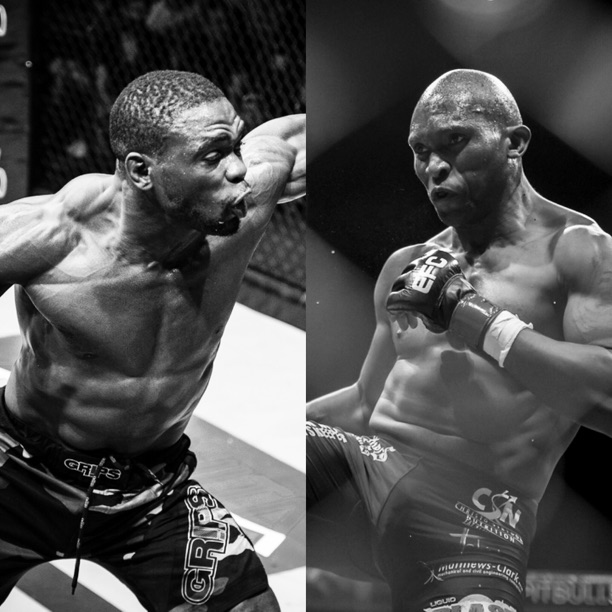 Cape Town, South Africa It was recently announced that reigning light heavyweight champion Norman ‘Chef’ Wessels had taken a sabbatical from MMA competition. When questioned on if he wants to wait for Wessels or continue fighting, number one contender Tumelo ‘The Truck’ Maphutha, expressed he wanted to continue fighting even putting his title aspirations on the line. There was one man watching from the sidelines, a man that has only ever lost once in his professional career and wants another shot at Wessels, DRC’s Champion Dalcha.

Soon after the news was released about Wessels, Dalcha stated on social media, “I feel like towing ‘The Truck’. Both men’s fans’ became outspoken and pleaded that the matchup happen and for EFC gold. As the reigning champion is out of action until an undisclosed date, it has been decided that Dalcha vs. Maphutha will be for the interim EFC light heavyweight championship.

Champion Dalcha has fought once since his title fight loss to Wessels and put on a clinical display of a matured athlete, timing his ferocious striking against the former champ Gideon Drotschie. A near perfect performance that put him right back in the title picture. One of the most naturally gifted athletes in the organisation, he has shown a new level of technical prowess in his most recent outing, that he will rely on to overcome this new challenge in Maphutha.

Tumelo Maphutha has been on a savage tear of the division. Having beaten Belgium’s Marc Vlieger via TKO and completely shutting down former heavyweight champion and UFC heavyweight Ruan Potts in succession, Maphutha is the rightful number one contender. Regarded as the heaviest hitter in the organisation, Maphutha has looked near unstoppable in recent outings. But how will he deal with the raw savagery of Dalcha?

This title fight takes place as the co-main event on the main card at the mega EFC 52.

EFC 52: Madge vs. Costa, Dalcha vs Maphutha, presented by SUPABETS, and takes place on Friday 05 August 2016 at GrandWest, Cape Town. Tickets available soon at www.computicket.com, all the main card bouts will be broadcast live on www.kwesesports.com starting 20:00 (CAT) and delayed live on e.tv after the 20:30 (CAT) movie.