WATCH DALCHA VS MOTAUNG FOR THE FIRST TIME ON OVHD 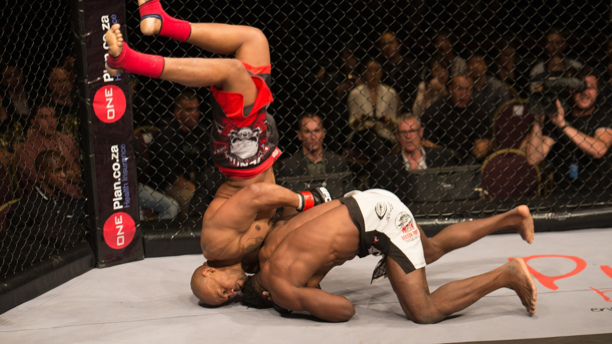 In a demolishing performance by the DRC powerhouse, Dalcha uses his super impressive Judo skills to toss and throw his South African opponent around the Hexagon before sinking in a devastating Armbar submission. This fight airs just less than two weeks ahead of Dalcha challenging for the interim light heavyweight belt against South Africa’s Tumelo ‘The Truck’ Maphutha on the 05 August at GrandWest as the co-main event EFC 52.

Also featured in this week’s EFC premier fight night episode sees Heinrich Potgieter vs Sydney Mokgolo and Warren Allison vs Cameron Meintjes, which will be broadcast on television for the first time ever.

Plus, just ahead of this episode fights from the recent EFC 48 event in Cape Town will be aired. Featuring Tyron Bester vs Mark Kamba; Gorllia Okosso vs Lyle Karam; Sibusiso Mdoko vs Hanru Botha and Mark Hulme vs Kaleka Kabanda.

How to Get OpenView HD:

EFC 52: Madge vs. Costa, Dalcha vs Maphutha, presented by SUPABETS, and takes place on Friday 05 August 2016 at GrandWest, Cape Town. Tickets are on sale soon at www.computicket.com, and the 5 main card bouts will be broadcast live on kwesesports.com starting at 20:00 (CAT) and delayed live on e.tv after the 20:30 (CAT) movie.