A CAPE COLLISION OF EPIC PROPORTIONS

Potts set to face Groenewald at EFC 55 in Cape Town 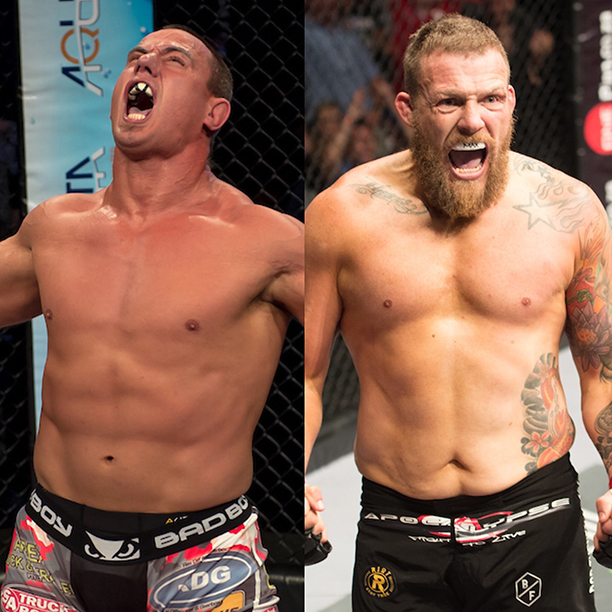 Cape Town, South Africa – EFC Cape Town, taking place in November, quite simply is going to be crazy! The bantamweight title unification fight is headlining the historic event, but that’s not all. Today it has been confirmed that two former heavyweight champions are also scheduled to collide. Ruan ‘Fangzz’ Potts and Brendon Groenewald will meet inside the Hexagon for the first time on 11 November.

Potts is a two-time EFC heavyweight champion, originally from Cape Town, he is the man that dominated the division before competing in the UFC. While he had a shaky start in his return to EFC, he turned heads with a sublime performance and devastating armbar finish over the giant Vandam Mbuyi. Now back in the winning column, Potts has his eye firmly set on gold and will want to harness his winning momentum towards another victory.

The Cape Town local and city favourite, Brendon Groenewald claimed EFC gold with an onslaught of heavy punches to get the TKO victory and the EFC heavyweight crown. Since claiming the title, he has had an up and down career but ultimately has fallen short in reclaiming the EFC championship. If Groenewald wants to get back to the top of the biggest division in the organistaion, he will need to defeat another EFC great, and this fight against Potts is his perfect opportunity.

This bout takes place on the main card at EFC 55, ahead of the bantamweight title unification fight between Angola’s Demarte Pena and South Africa’s Irshaad Sayed.

EFC 55: Pena vs Sayed, presented by SUPABETS, and takes place on Friday 11 November 2016 at GrandWest, Cape Town. Tickets are on sale now at http://www.computicket.com, and the 5 main card bouts will be broadcast live on http://kwesesports.com and Kwesé Free Sports channel in Kenya, starting at 20:00 (CAT) and delayed live on e.tv after the 20:30 movie in South Africa.