THE PROFESSIONAL’S PERSPECTIVE – ALLEN VS THOMAS 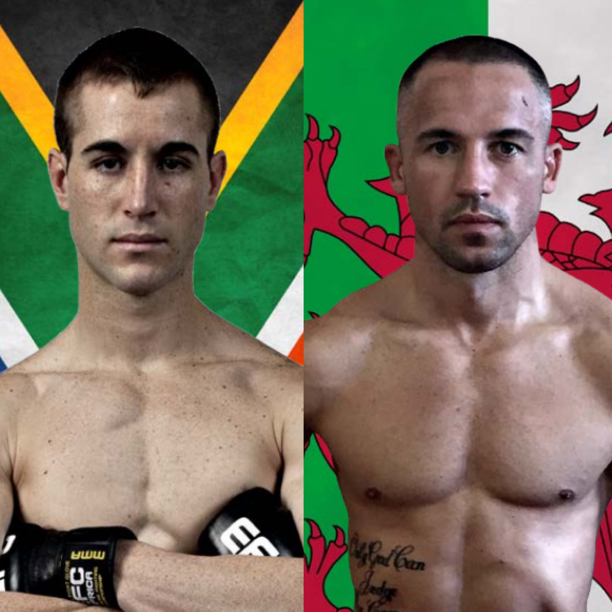 Johannesburg, South Africa – A new voice in Mixed Martial Arts has risen. The ghostwriter and EFC athletes’ identity may be a secret, but his/her predictions and thoughts are not. Here is their first fight breakdown and prediction ahead next Friday’s EFC 53 UK vs RSA event, this is the professional’s perspective:

Boyd Allen Boyd plays the distance brilliantly. He is able to step back just far enough to avoid his opponent’s attacks while keeping himself close enough to snap back with his own. He fights standing, very rarely shooting in for takedowns, but he will follow his opponent to the ground if they take it there, or if they get hurt and goes down. He has solid strikes on the ground, and dangerous submissions which he sinks in as his opponents turn away from his strikes.

His distancing allows him to lean in and throw strikes, leading his opponent’s defences around to create openings. He doesn’t use very heavy shots, instead preferring to avoid damage and pick off clean, precise strikes. With the little gloves and his long limbs able to generate strong leverage, even those little shots will sting. He moves out at angles reasonably well, able to avoid damage while doing so.

He has sharp killer instinct, capitalising cleverly when he sees his strikes are having an effect on his opponents. He doesn’t rush in wildly, nor does he let his opponent have too much breathing room to recover. He is able to switch between clinch strikes and ranged strikes well when looking for a finish.

His wrestling looks technically quite good, he secures hooks with his arms on his opponents’ bodies well and he establishes leverage to get up off the bottom nicely. He also has some sneaky ankle locks, which he uses to transition back to standing. On the other hand, his hips tend to go a bit flat, losing any sort of rhythm that starts on the ground when he begins escaping.

Boyd doesn’t get into an attacking rhythm except to finish. If Thomas is able to establish a rhythm and pull Boyd into it from standing, or if he is able to take Boyd down and lock him down on the ground, he could get the win.

Boyd needs to control the distance, picking Thomas off with straight punches, leg kicks, body shots and uppercuts under Thomas’ guard. If he plays his natural game of a short combo and then a retreat, I don’t see Thomas being able to get hold of him.

On the ground they seem technically matched, so will his strength be enough to escape a ground game, or will Thomas hold him down and grind him out?

Azi Thomas Azi Thomas looks to be a consummate professional. He has a pro boxing record of 4 – 0 with 1 knockout and represented Wales at the 2006 Commonwealth games. His striking is solid and his wealth of competitive experience obviously serves him well. He is calm, focused, patient and methodical.

He shows good control, though he isn’t particularly concerned with keeping the top position, he has dangerous chokes and vicious up-kicks (with 1 of his 2 losses coming by way of DQ due to illegal up-kick, which KO’d his opponent).

Thomas has a balance of wins by striking and submission. He is a threat every moment, never entirely out of his depth and always dangerous.

There are habits in Thomas’ striking game that his opponent could capitalise on. He tends to back out straight away from attacks in the early stages of a fight, which gives his opponent an opportunity to walk him onto a mid or high kick, which Boyd throws well.

He tends to shield against punches, putting his arms up around his face, rather than relying on movement to keep him safe. With MMA gloves being smaller than boxing gloves, and Boyd being a precision striker, I don’t see Thomas being able to avoid damage that way. The question is, how many shots can he take?

He looks physically strong, and with Allen’s recent defeat at featherweight after being outwrestled by Danny Henry, the question has to be asked – Will Thomas control Allen on the ground for a win, or will Boyd wiggle his way free, keep the battle standing and hand Thomas his first KO defeat?