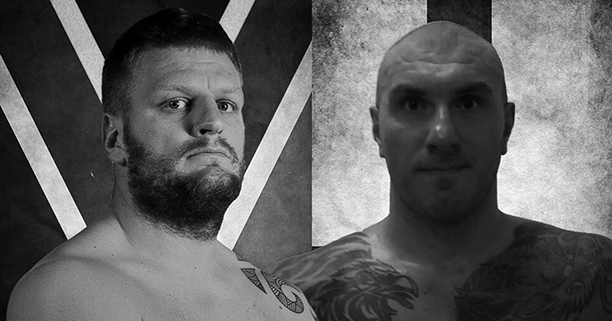 Johannesburg, South Africa – The anonymous EFC athlete and ghostwriter is back and gives us a second fight breakdown ahead of next Friday’s EFC 53 UK vs RSA event, this is the professional’s perspective:

Andrew van Zyl
Andy is old school. He has been around since MMA in South Africa was being pioneered by Rodney King. A tremendous record of 15-3, all 3 of his losses to men who went on to fight in the UFC, and all his losses coming early and by submission.

He is a finisher, with thumping power in both hands, vicious ground and pound and dangerous submissions. He also has an iron head. He is tough, well rounded, fit and durable.

His striking is tight, technical and safe. Combine that with an iron head and it makes the chances of KOing Andy virtually zero. There’s the question of whether he has ever been rocked, in the gym or in the cage. He throws solid punches, controls range well, has reasonable head movement and stays calm and precise in the pocket. Did we mention he can also take a punch?

His clinch work is solid and technical. He is a big, heavy, strong guy who plays a well-rounded game in the clinch, able to land effective strikes and trips to drag his opponent down.

His ground game is also well rounded. He has a BJJ based ground game, willing to go back to the guard rather than to his belly, and then work from there. He has fluid movement on the bottom, which is unusual for a heavyweight, and it helps him to scramble up or improve his position. Very rarely does Andy get dominated on the ground. The times he has lost there have been because of small errors that his opponent’s capitalised on quickly.

Tony Mustard
Tony Mustard. 9th ranked heavyweight in the UK. Record of 6 – 0. Total fight time: around 7 minutes and 30 seconds. All his wins by KO or TKO. Impressive.

His striking looks wild and aggressive. His hands are loose, his chin is up, his head doesn’t move. He only headhunts, never throwing down to the body. He very rarely uses kicks. He has questionable takedown defence and tends to get stuck on the ground. He also tends to throw arm punches on the ground, he doesn’t get his body into the shots and so they don’t look particularly powerful.

That said, he is 6 -0, finishing opponents viciously. Every single card seems to be lying in van Zyl’s favour, so if Mustard is somehow able to win, it’ll prove that he does indeed have the X factor. All his wins have come quickly, and all of van Zyl’s losses have come quickly. On the other hand, all of his wins have been by KO, and Andy has eaten some bombs and been unphased.

The technical, tough, experienced former champ van Zyl vs the explosive, aggressive up and comer Mustard. Does Andy’s mettle hold up, or will he relish the opportunity to smear Mustard all over the cage?

This fight takes place on the main card of EFC 53: UK vs RSA where two of the world’s best sporting nations collide.

EFC 53: Bahati vs Opperman, presented by SUPABETS, and takes place on Friday 2 September 2016 at Carnival City, Johannesburg. Tickets are on sale now at http://www.computicket.com, and the 5 main card bouts will be broadcast live on http://kwesesports.com (Sub-Saharan Africa) and Kwesé Free Sports (Kenya) starting at 20:00 (CAT) and delayed live on e.tv (South Africa) after the 20:30 (CAT) movie.