HEAVY TALK FROM THE HEAVIES

If smacktalk wins the fight, who’s your pick? 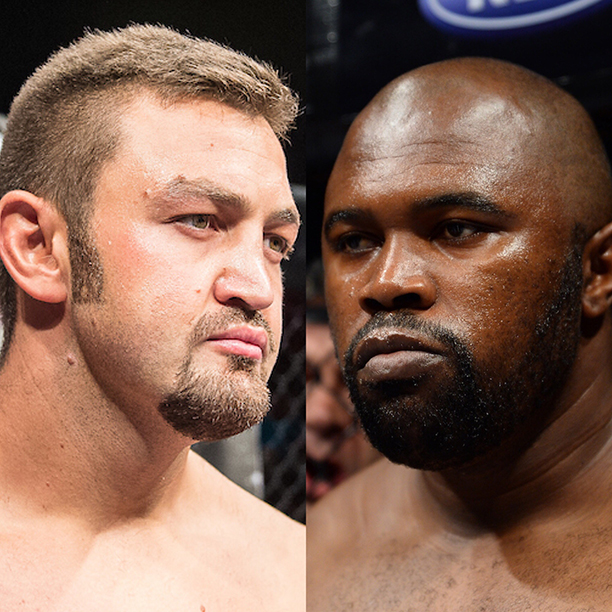 Both athletes have sent a constant barrage of smacktalk towards the other in the build-up to the fight, both relentless and determined to get under each other’s skin and in each other’s heads.

Following are exerts of social media posts from the champ and the challenger.

Tell us who you think has managed to get the upper hand on their opponent in this war outside of the Hexagon and stand a chance of winning tickets to watch them fight live from Sun City! Comment under this post on the EFC Facebook page to enter.

“Elvis Moyo take a good look at the EFC ring. You won’t own one, you have to be a champ to own one; and you are long way from that.”

“It will be three wins for our team, I’ll beat Elvis, Wessel Mostert will beat Ricky Misholas and Michael Vermeulen will beat that tall Polish guy.”

“By the looks of your videos and whatever you post, you are going to have a hard time. This will be your first time you step in the Hexagon with me for business and you will regret it. You are a has been boxing champ. You are nothing. You couldn’t even ‘moer’ Brendon Groenewald. What a shame.

“Hey Elvis, check this, 2 champs in 2 different sports. It runs in our blood.”

“Supabets, please give the odds on our fight. I am rather certain; it is not in Danie’s favour! So Andrew van Zyl and Supabets back me. I may just be betting on myself!! Danie van Heerden, you still have time to pull out and fake an injury.”

“Just in case it goes to the ground, I will trust in my Jiu-jitsu. Try and stop me Danie, I dare you!”

“I understand having to live in your brother’s shadow and not being your dad’s favouite is not easy for any child. Ok now that we have the emotional shit out the way. Back to the real issue, why do you support Supabets, when they don’t back you and I will be the favourite?”

EFC 54: Van Heerden vs Moyo, Power vs Lino, Buys vs Mdlalose presented by SUPABETS, takes place on Saturday 15 October 2016 at Sun City, North West. Tickets are on sale now at www.computicket.com, and the 5 main card bouts will be broadcast live on kwesesports.com (Sub-Saharan Africa) and Kwesé Free Sports (Kenya) starting at 20:00 (CAT) and on e.tv (South Africa) on Friday 21 October after the 20:30 (CAT) movie. Full broadcast details available on www.efcworldwide.com.