MUCH AT STAKE FOR UPCOMING HEAVYWEIGHTS 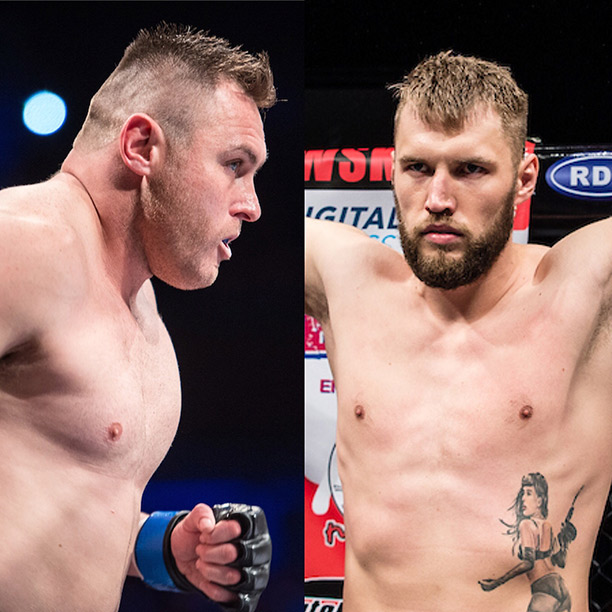 Sun City, South Africa – A massive heavyweight fight with far reach consequences is set to take place on the prelim card at EFC 54 at Sun City next month. South Africa’s Michael ‘The Tank’ Vermeulen looks to claim the number one contender spot when he faces Poland’s Tomasz ‘Kredka’ Kowalkowski.

Michael Vermeulen lives up to his moniker of ‘The Tank’. He is a behemoth of a man riding an impressive three-fight winning streak, all by way of knockout. It has been shown that once he gets momentum, almost nothing can stop him.

Vermeulen sees himself as the next title contender and plans on finishing Poland’s Kowalkowski to prove he is the next in line, “I have been perfecting my game plan for Tomasz, he doesn’t stand a chance,” Vermeulen stated. He concluded, “Once I have beaten him, I can begin my preparation for my title shot.”

He has a big challenge though, as he faces Tomasz ‘Kredka’ Kowalkowski, the man known as the polish giant. Kowalkowski came to notoriety in his EFC debut when he made history with a spectacular flying knee and TKO’d Elvis Moyo. Having lost to two former champions more recently, this fight is now a must win for the tallest man in the organisation.

Knowing he is in a must win fight, Kowalkowski stated, “My two losing fights gave me hard lessons. Two easy defeats showed me where my shortcomings are. In my preparation for EFC 54, I have focused on increased strength and fighting and grappling. I promised to come back stronger and I am keeping my word.” Kowalkowski had a simple message for his opponent, “Mike, I heard you train with the best EFC heavyweights, so show me at Sun City.”