Hawkey vs Mdoko and Groenewald vs Mdlalose at EFC Cape Town 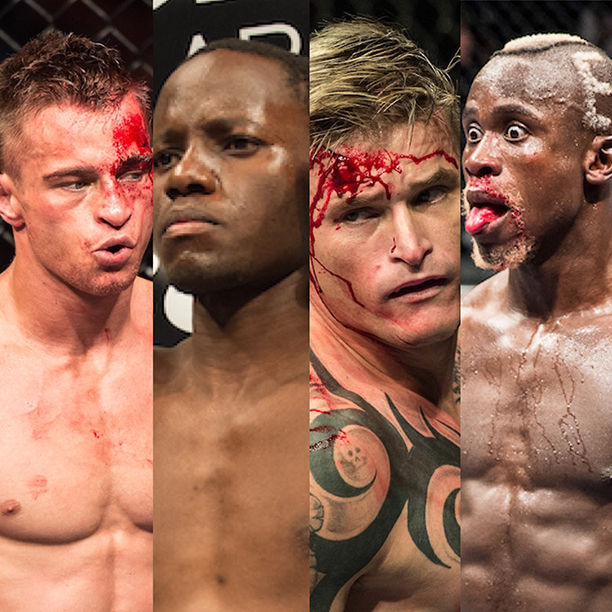 Cape Town, South Africa – Badlwin Mdlalose and Wesley Hawkey, both from Durban are flying in to Cape Town to face mother city favorites, Sibusiso Mdoko and Francois Groenewald. The fights are set to take place at EFC 55 at GrandWest on 11 November.

Hawkey and Groenewald were originally set to fight each other at bantamweight, however, Hawkey and his team decided that the cut to bantamweight would be too dangerous to attempt and asked to rather fight up at lightweight.

Groenewald has been on a tear in the bantamweight division, having submitted his last two opponents in the first round. Fighting out SBG Cape Town in Sunnydale, ‘Franaconda’ lives up to his name as a former contender and Brazilian Jiu-Jitsu blackbelt. He now goes up against a fired up Mdlalose from Domination Fight and Fitness Gym in Umhlanga. Fresh off a flyweight title fight loss at Sun City, Mdlalose, who has struggled a lot to make flyweight in the past, is eager to get back to the top and has grabbed the chance to do so in the heavier bantamweight division. Loaded with heavy hands, lightning fast movement and a suffocating grappling game, Mdlalose is sure to bring a war to Groenewald.

“I am looking to redeem myself. Francois is a former contender too and the perfect opponent to do so,” Mdlalose stated matter-of-factly on the upcoming bout.

“Look, it always sucks when a fight is changed, thankfully Baldwin stepped up,” commented Groenewald on the fight change. He continued, “Just means I will get another win over a former title contender and get to display my Jiu Jitsu, and move towards the top of the division.”

Groenewald vs Mdlalose takes place on the main card at EFC 55 ahead of the highly publicized bantamweight title unification fight between Pena and Sayed.

Since his move to Team MMA Fighter in Amanzintoti, the ‘Young Assasin’ has shown to be a more matured and well-rounded athlete. With Hawkey moving up to lightweight, he too needed a new high caliber opponent. Answering the call came the former lightweight contender Sibusiso Mdoko. ‘The Monster’ is renowned for his electric personality and incredible athleticism that has brought him to victory so many times in the past. Fighting out of Panther Fighting Arts in Parklands is a fast-paced aggressive fighter, Mdoko always brings the action to his opponent.

“The weight cut was going well until last week when I felt my body was becoming too weak to even function during the day and with 9kgs to go in two weeks. Our standard water cut we do, would have done major damage. I think if I had an even longer period to try make bantam, it can be done,” Hawkey responded when asked for comment on the fight change. He added about his new opponent, “The change of opponent did not phase me as I am fit, healthy, strong and ready to go. Watch this space for ‘Fight of the Night’.

Mdoko responded, “Wes is a tough opponent, but with my home crowd supporting me, I will put on a show for the fans,”.