LADIES TITLE FIGHT OFF THE CARD

Power fails to make weight and not medically cleared to compete 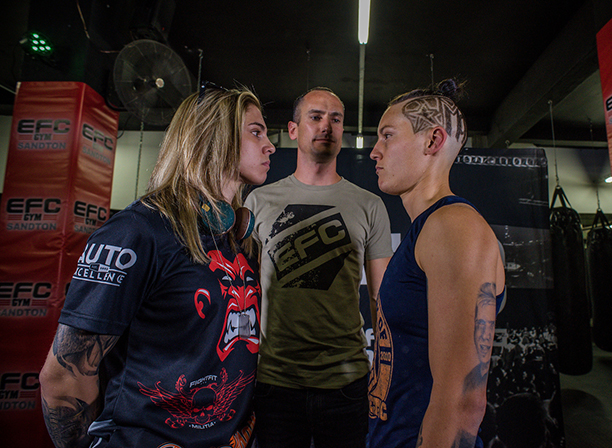 Sun City, South Africa – Ahead of the official EFC 54 weigh-in at Sun City, ladies’ flyweight title contender Shana Power has failed to make weight and failed to get medical clearance to compete ahead of her scheduled bout with Amanda Lino.

After weighing-in earlier this morning, Power tipped the scales 800g overweight. Despite attempting to cut further, the medical team advised that any further weight cut would put the athlete at serious risk. Even after attempting to rehydrate and strict medical testing, doctors have advised that she has not been cleared to compete.

The heavyweight bout between Mike Vermuelen and Tomasz Kowalkowski will now move onto the main card.

Further details to be released soon.