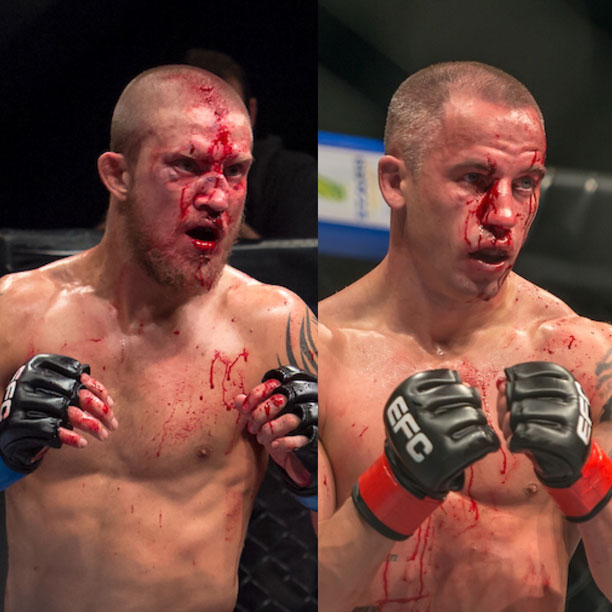 Johannesburg, South Africa – The EFC fight card set for December at Carnival City is quite simply out of this world. Live event spectators and TV viewers will bare witness to three title fights plus so much more. One bout of serious note, recently revealed over the weekend on the EFC website is; former lightweight champion Leon ‘Iron Lion’ Mynhardt takes on Wales’ granite Azi ‘One Bomb’ Thomas.

Mynhardt has been a fan favourite since the inception of EFC and proved hard work trumps all when he evolved from a kickboxing king to the EFC champion. Known for many of the most memorable wars witnessed inside the Hexagon, the ‘Iron Lion’ takes on any challenge in hopes of testing himself and holding the South African flag up high. Mynhardt, the former lightweight champion, is now making the move to featherweight to further utilize his devastating power.

Wales’ Thomas made a massive impact on EFC fans with his debut against Boyd Allen. While he lost the fight, he offered Allen one of his most memorable wars to date, dropping the elusive Allen in the second round and nearly causing the biggest upset in EFC history. While that fight took place at lightweight, Thomas always intended to continue to compete at featherweight. A former Commonwealth boxer, Thomas brings clean crisp striking to the Hexagon.

Two of the toughest men in the organisation will collide on the main card at EFC 56 in December, just ahead of the three title fights headlined by Dricus du Plessis vs Henry Fadipe for EFC welterweight gold.