'Demolition' Jacqui looks to earn hers at EFC 56 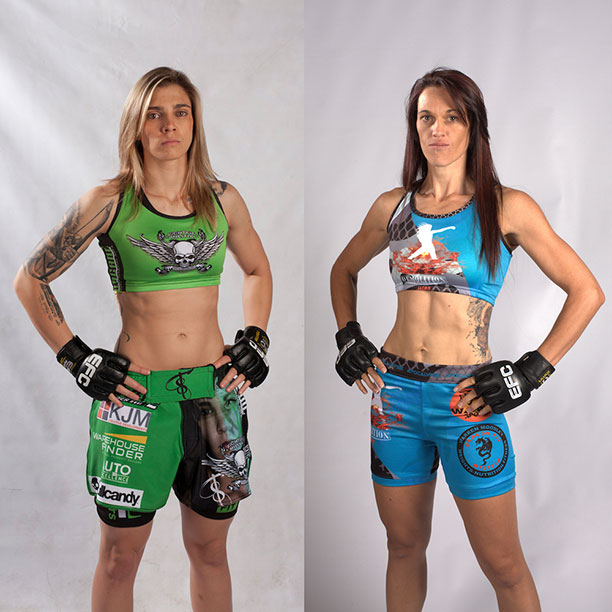 Johannesburg, South Africa – Shana ‘Titanium’ Power was set to face Amanda Lino for the inaugural EFC women’s flyweight championship in Sun City earlier this year, when tragedy struck. Power had issues making weight, which quickly turned into a medical concern and the fight was called-off. Now she looks to reclaim her spot at the top of the division when she takes on ‘Demolition’ Jacqualine Trosee.

You can read more on the title fight cancellation here: http://bit.ly/2gOdOP7

Due to potential medical concerns for Power, she will meet Trosee at a heavier catchweight of 58kg, to test if she can safely cut down.

Power is undefeated in EFC, having starched England’s Kirsty Davis with a first round TKO and completely controlling all three rounds against Italy’s Micol Di Segni to get the unanimous decision victory. Her skills have never been in question, only if she can safely make the weight cut now looms over her.

Trosee made a memorable debut, when she used her superior power and striking to dominate the Hungarian Zita Varju with a 2nd round TKO. While she got caught very early in her bout with Lino, she has shown a hunger and tenacity to get back into the winning column and to the top of the division.

Power versus Trosee takes place on the prelim card of EFC 56 ahead of the five-fight main card headlined, by two championship bouts and a mega middleweight matchup.