I HOPE BAHATI DEFENDS SO I CAN FIGHT HIM

Poland's Rafal Haratyk on his counterparts 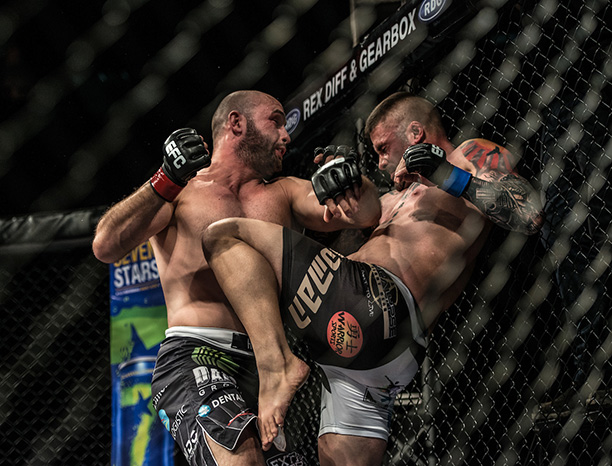 Johannesburg, South Africa – Yesterday Rafal ‘The Polish Tank’ Haratyk travelled from his home country of Poland and landed in Johannesburg, South Africa to face the welterweight champion, Dricus ‘Stilknocks’ du Plessis in the headlining bout at EFC 56. With only a week to go to what is possibly the biggest fight of his career, Haratyk gave his thoughts on his upcoming fight with du Plessis and some of the other big names in his division.

Haratyk has a mammoth task infront of him, but he is confident of victory against the South African. In an interview he stated that, “Dricus is a great talent, big ambition, thanks for taking this fight.” And continued, “It’s going to be the fight everyone is expecting, a war! He wanted this fight, but ask all three of the guys I have blown through in EFC, I’m going to be more than he has bargained for.”

Very resolute on his thoughts on the EFC middleweight champion Yannick Bahati, the Pole had this to say about him, “A big mouth and a glass chin, I think he is not a great champion with a record of 2-2 (in EFC), and I hope he defends against Buirski so I can fight him!”

There are concerns regarding hotel arrangements after the two were seen to be having words with each other on Twitter in the build up to the EFC 56 event.

Some of the biggest news coming out of EFC HQ this week saw the announcement that light heavyweight champion, Norman ‘Chef’ Wessels would be relinquishing the belt and dropping to middleweight. Confident as always, Haratyk was unphased by the news and responded to reports with, “Doesn’t matter, I’ll clean out the division anyway, so he (Wessels) will get his turn.”

Haratyk will face du Plessis in the headlining bout at next Friday’s EFC 56 at Carnival City. The event is co-headlined by two massive title fights.