First event of the year goes down this Saturday! 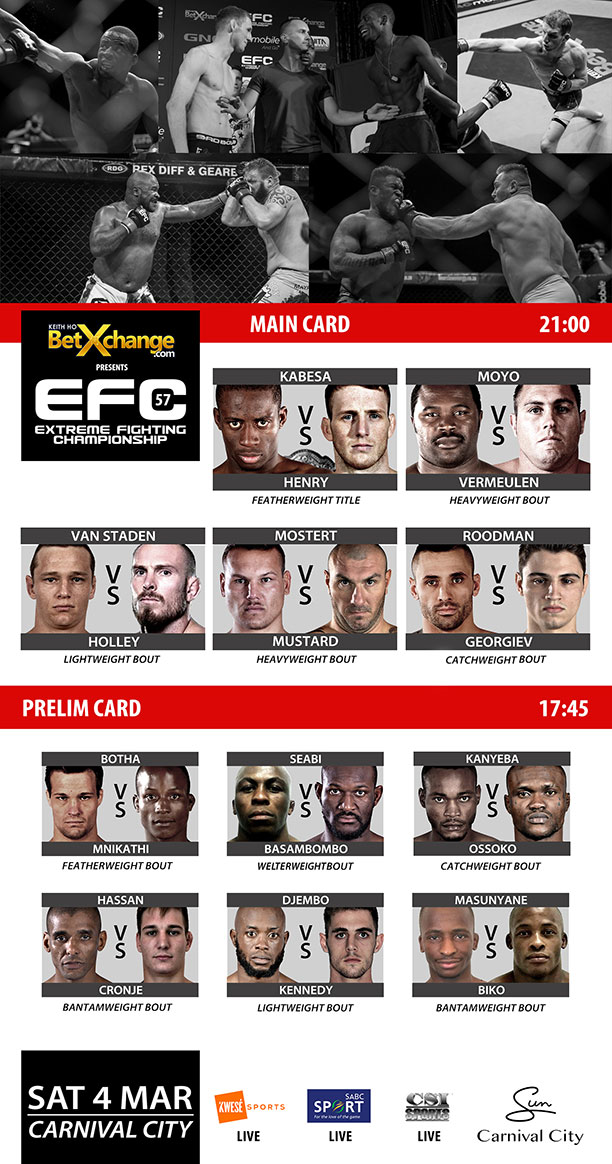 Johannesburg, South Africa – Scotland’s Danny Henry made headlines when he handed Boyd Allen his first ever loss in EFC.

Now fate turns in his favour as he steps in, replacing an injured Allen to face the undefeated champion Igeu ‘Smiley’ Kabesa in an epic title fight rematch! Watch the countdown to Kabesa vs Henry: https://youtu.be/C7mk29F56Ao

Also, flying in from the UK by way of Spain; a dangerous man is looking to make his stamp in the organisation as he goes head-to-head with South African MMA legend Martin van Staden and the brash South African Gordon Roodman takes-on the silent assassin, Bulgarian Georgie Georgiev in the opening bout of the main card.

Tickets for the first event of 2017 are on sale from Computicket. Get your now: http://bit.ly/2juU3IY

Don’t miss a second of the action! Get to the events or watch them live via our broadcasters. Full broadcaster information at www.efcworldwide.com