KANYEBA VS OSSOKO ADDED TO FIRST EVENT OF THE YEAR

Toure vs Singh off, Anicet Kanyeba vs Gorilla Ossoko added to EFC 57 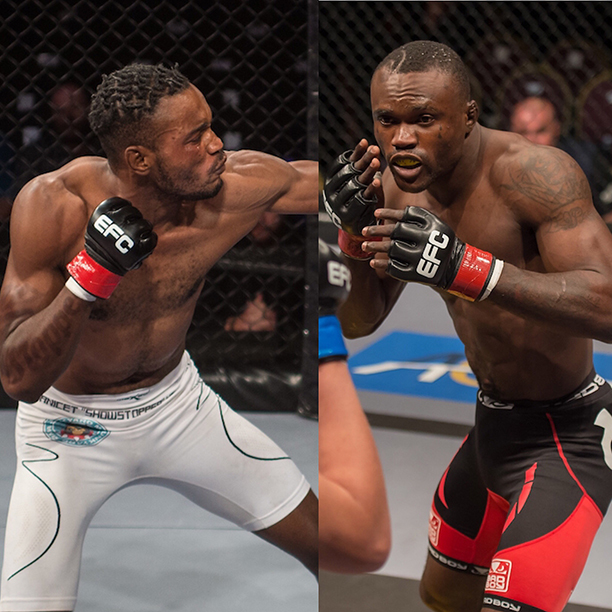 Johannesburg, South Africa – Only a few days to go until the first event of the year takes place and a fight replacement has taken place. Mamoudou Toure vs Tyrel Singh has been cancelled and replaced by Anicet Kanyeba vs Gorilla Ossoko.

Durban’s Singh suffered from a hernia and has subsequently withdrawn from his fight against Senegal’s Toure. The young upstart, Toure, was offered a late replacement in DRC’s Gorilla Ossoko; but turned down the fight.

Leaving Ossoko without an opponent now, DRC’s Anicet Kanyeba has stepped up to the late replacement challenge. A fan favourite for his aggressive sprawl and brawl style, Kanyeba has put on numerous awe-inspiring performances. Always ready to step in for a fight, he is hungry to get back to the winning column after having his four-fight winning streaked ended late last year.

Ossoko is best known for his herculean feats of strength inside the Hexagon. Able get back to his feet from any position and return to his tenacious striking.

Kanyeba and Ossoko will meet at a catch weight of 73Kg due to the late notice fight.

This fight pits two of DRC’s best against each other on the prelim card. It takes place just ahead of the five-fight main card, headlined by the mega title rematch between undefeated champion Igeu Kabesa and number one contender, Scotland’s Danny Henry.