MAIN CARD EXCITEMENT FOR FIRST EVENT OF THE YEAR

Kabesa vs Henry, Moyo vs Vermeulen, van Staden vs Holley, Mostert vs Mustard & Roodman vs Georgiev all on the main card 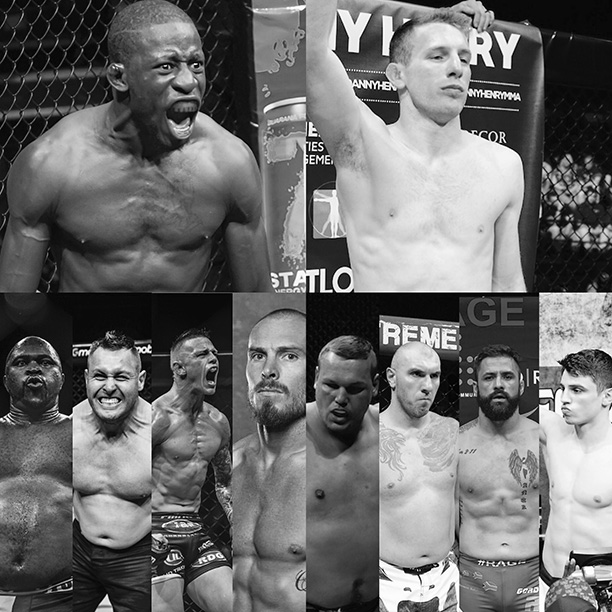 Johannesburg, South Africa – The EFC 57 main card features many of the organisation’s biggest names. It is headlined by the title fight between undefeated champion Igeu ‘Smiley’ Kabesa vs Scotland’s Danny Henry and the main card also features two massive heavyweight fights and two more exciting match-ups. The first event of the year is around the corner, don’t miss it!

In a highly anticipated rematch for the championship, Kabesa and Henry meet for the second time; however it is predicted to be a completely different fight from the first. Kabesa has since moved to a new camp, while Henry has been demolishing his way through opposition to return to the top of the division. Henry is coming in hungry to reclaim the gold and avenge his only EFC loss.

Elvis Moyo was so very close to becoming the only ever EFC Zimbabwean champion, until he made a vital error that cost him his title fight. Undeterred, Moyo wants another shot at gold, but he must first face a man with monumental momentum, Michael Vermeulen, better known as ‘The Tank’. Vermeulen is riding a four-fight winning streak, all early finishes, and believes now is his time for gold. A win for either man, will surely see them as the heavyweight number one contender.

South African MMA legend, Martin ‘The Punisher’ van Staden is the most experienced athlete in the organisation and has a massive KO/TKO record. Having made the move to the lighter division he will now face a British/Spanish standout, also with monstrous experience spanning Europe and Asia. Two aggressive KO artists will collide and only one will walk away the victor.

Heavyweight Wessel Mostert is undefeated as a professional and in amateur competition. Having won the amateur world championships, he has now set his eye on the ultimate prize. In his biggest test yet, he will face England’s Tony Mustard. The Englishman was last seen in the Hexagon against Andrew van Zyl. Both men hold one-hundred percent finish rates, and both men have so much to gain with a victory on 4 March.

Opening the main card sees middleweight fan favourite, South Africa’s Gordon ‘Rage’ Roodman, battle ‘The Bulgarian Beast’ Georgie Georgiev. Roodman brings his own unqiue style of big over hand rights, but he is brash and Georgiev, who is more calculated is also incredibly accurate. With simple combinations, the young Georgiev has stopped his last two opponents early in the first round. The embodiment of what one imagines of a super soldier, Georgiev will be an incredibly tough challenge for Roodman.

All these fights take place on the main card broadcast, just after the preliminary card, live from Carnival City. Get there!