Da Rocha gets shot for the top 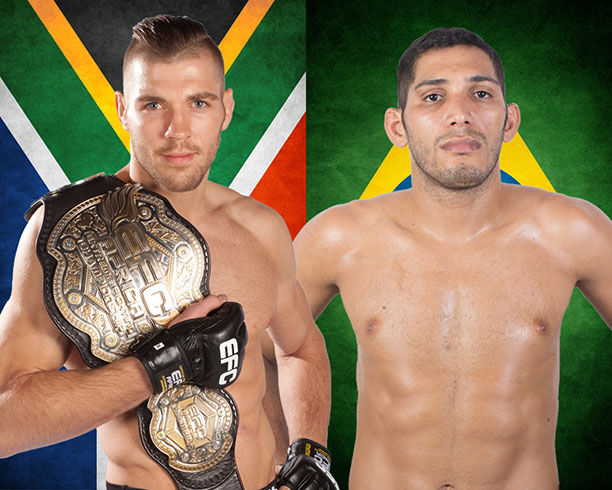 Johannesburg, South Africa – Social media was set ablaze recently with the announcement that EFC welterweight champion Dricus du Plessis would not defend his championship against Ireland’s Henry Fadipe and instead would face Brazil’s Jose Da Rocha for the title.

After it was clear that Fadipe would not be able to make the title fight, the search for the most legitimate replacement began.

Top, currently signed EFC welterweight athletes were offered to step in, but due to numerous reasons, they could/would not accept the fight on short notice.

Turning its sights on athletes outside the organization, EFC headed straight to the country well known to produce many of the best fighters the world has seen, Brazil.

“We know Dricus only wants to fight the best and Brazil is where we were confident we would find it,” EFC President Cairo Howarth.

Da Rocha, an accomplished Brazilian Jiu-Jitsu and Muay Thai fighter, as well as a Brazilian MMA champion was ready, is resolute that he will win, and accepted the fight immediately.

Du Plessis, no stranger to last minute opponent changes, accepted the new contender as soon as it was put on the table simply saying. “I want to fight the world’s top athletes, I want to defend my title and I want to prove that I can be the greatest of all time.”