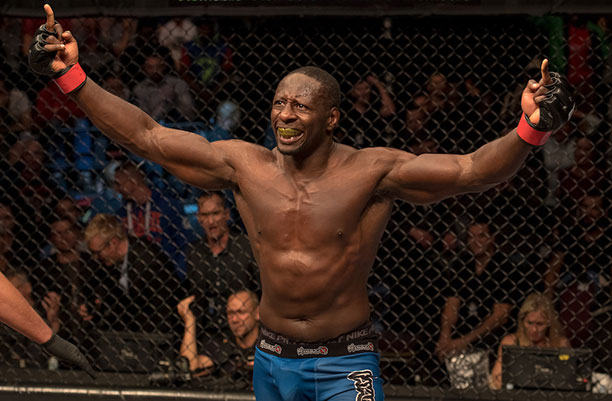 Johannesburg, South Africa – England’s Yannick Bahati knows how to get the crowd riled up. With just over four weeks to his meeting with EFC welterweight champ Dricus du Plessis, he has caused another massive stir. During the editing of the Countdown Show to EFC 62, a video was captured of Bahati saying “F*** YOU” to South Africans.

Bahati followed that up with another highly offensive tweet.

Bahati and Du Plessis have nearly come to blows in the past. Backstage at EFC 56 they nearly got into a scuffle, making their coming fight seem inevitable.

Bahati has become known as the man South African fans love to hate. After defeating South African JP Kruger to claim the EFC middleweight belt, he flipped the local crowd off.

This champion vs champion title fight takes place as the main event of EFC 62 at Carnival City, which also features both the flyweight and featherweight title fights.