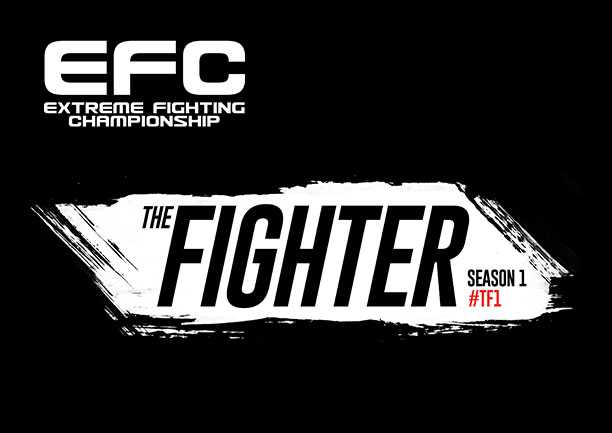 This year EFC enters a new era with the announcement of The Fighter, a 10 part reality TV series that charts the journey of 16 MMA middleweights, in a quest that ends with a R500,000 prize contract and a guaranteed shot at EFC gold.

Partnering with top reality producers, SIC Entertainment (producers of SA Idols), EFC is spreading the net across the world to find the perfect 16 middleweight contestants to compete in the first season of the reality show, known as TF1 (The Fighter season 1).

Sequestered in ‘The Pad’, a villa in Johannesburg, South Africa, the 16 athletes from across Africa and the world will live and train together while cameras record every moment.

Joined by EFC stars, and under the coaching mentorship of two famous EFC rivals, the athletes will be divided into two teams of eight. Over nine weeks, one by one, team members will cut weight and step into the Hexagon to face each other, until only two remain.

The last two men will battle it out in the ultimate showdown in the live season finale. In the 3-hour live culmination of TF1, the rival coaches will also face each other in the Hexagon in front of thousands of fans to finally put the animosity to rest.

On 16 December 2017 at the prestigious Times Square Sun Arena, Menlyn Maine, Pretoria, the grand finale of The Fighter season 1 will take place. For the TF1 finalists, an EFC contract worth upwards of R500,000 will be on the line, plus a guaranteed shot at the EFC Middleweight Title next year.

Following the massive success of MMA reality programmes globally, The Fighter will be the first show of its kind produced in Africa, as well as the first to be broadcast to African audiences on free-to-air TV networks.

“Creating an MMA reality series showcasing the lives of these incredible athletes was always a definite,” said EFC president Cairo Howarth. “Africa as a whole has made the sport of MMA its own. The time is right to show the world what it takes for these athletes to become champions.”

Right now, somewhere in the world, 16 athletes are on a collision course with their destiny.

EFC invites interested athletes to visit www.EFCworldwide.com and make their application on the BECOME A FIGHTER page.