“I’M GOING TO KNOCK HIS HEAD OFF” 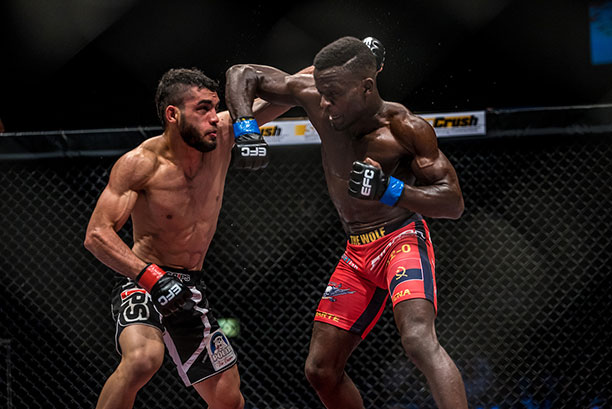 Johannesburg, South Africa – More fuel has been added to the fire that is the Demarte Pena and Irshaad Sayed banned-substance saga.

Recently it was revealed that reigning Bantamweight Champion Demarte Pena had tested positive for banned substances, and his title fight with Irshaad Sayed was ruled a no contest.

A hearing found Pena guilty of inadvertent use of a prohibited substance prior to his fight with Sayed. It was acknowledged that Pena had not acted with intent, significant fault or negligence, due to the fact that the banned substances in question were traced to contaminated supplements. Full details can be read here: http://efcww.com/2vM1hjw

Pena recently opened about the situation on his video blog, Way of the Wolf:

Meanwhile, Interim Bantamweight Champion Sayed has been quite outspoken on the matter and talked on The Big Al Podcast about it all: “I am going to look to take his head clean off his shoulders,” he said. “I don’t want to win the fight. I want to finish him!”

Listen to the podcast here:

EFC management has made it clear that these two champions will meet again. When they do, it will be on the crest of one of a rivalry wave that grows darker and more personal by the day.