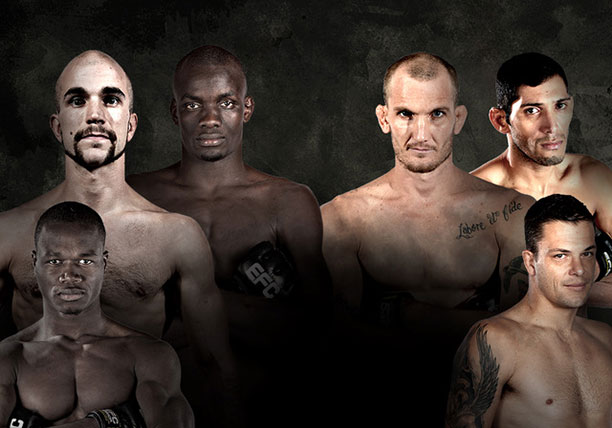 Cape Town, South Africa – EFC returns to the beautiful coastal city of Cape Town for the organisation’s 63rd event. A main card filled with the best athletes from around the world, delivers five incredible match-ups.

Cape Town has become the adoptive home for the Las Vegas based Extreme Couture athlete, with throngs of fans following Mazany’s every move. He lost the EFC lightweight championship to Don Madge in his most recent bout, giving him the supreme motivation of reclaiming top spot as he enters this fight.

Gorimbo is no less motivated. A man with a brutal past, his only loss is to former champion Leon Mynhardt. Mazany has defeated Mynhardt twice in devastating fashion, gifting Gorimbo a chance at redemption in this bout. Current lightweight champion Don Madge is Gorimbo’s teammate at FFM, who will surely give him insight on how to beat the American.

A dangerous Brazilian Jiu-Jitsu and Muay Thai fighter, Da Rocha challenged reigning champion Dricus du Plessis on just seven days’ notice. He fell short in that encounter, but now has a full camp and the belief of an entire nation behind him. Da Rocha has yet to show EFC fans what he is capable of. This is his chance.

Pritchard hails from Port Elizabeth but now lives and trains in Johannesburg. With some of the slickest Brazilin Jiu-Jitsu skills witnessed in the Hexagon, the obvious question is where would Pritchard prefer to fight this fight? A win over Da Rocha will give him five in a row, and certain eligibility for a shot at the EFC welterweight title.

Cape Town and DRC fan favourite Bruno Mukulu looks to extend his previous victory when he faces former champion Dino Bagattin. A fight that was originally scheduled for EFC 61 but was postponed due to injuries led to both men trading a war of words. Their encounter has become a grudge match, and is sure to deliver non-stop action.

Former light heavyweight champion, Gideon ‘Juggernaut’ Drotschie, makes his much-anticipated return to the Hexagon after a two-year hiatus. Facing a submission expert in Bloemfontein’s Warren Allison, it will not be an easy task. Should he win, a very dangerous man will add pivotal depth to a weight class suddenly bursting with action.

Opening the main card, war-machine Shaun de Lange takes on rising star Conrad Seabi. De Lange is known for multiple fight of the night performances. Seabi is looking for his third straight win and a step-up into the top ranks of a deep welterweight division. Both are go-forward fighters and will come out guns blazing, hunting the finish.

In addition to the main card, 8 more fights feature at EFC 63, a night of battles to define the coming war.