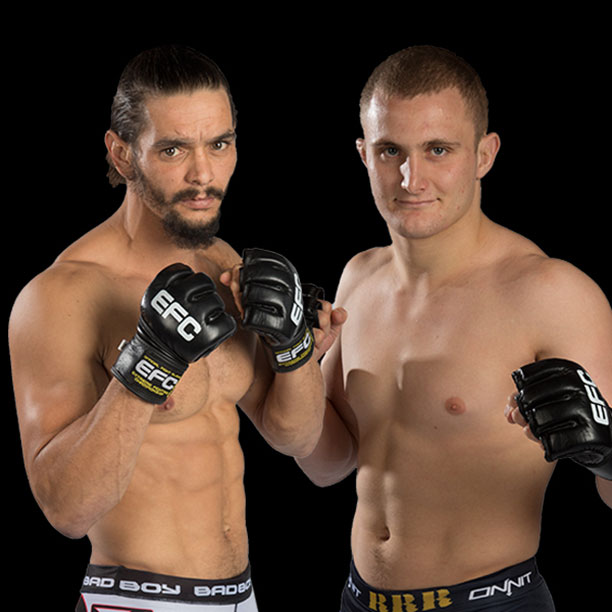 Richards hails from GBH gym, the famous Durban camp under Hassan brothers Rhyne and Abdul. The team is known for their aggression and focus on ground and pound, a trademark taken on by Richards.

Defying the odds as an underdog in his EFC debut, Richards quickly dropped and submitted his opponent. At EFC 64 he is looking to continue his winning ways.

Roets enters the Hexagon highly regarded. An amateur world champion, undefeated in ten amateur fights and 2-0 as a professional, he has already claimed a championship title at a regional Gauteng promotion.

Now fighting out of FFM in Sunninghill, Johannesburg, Roets began his career in his hometown of Polokwane.

This fight takes place on the prelim card ahead of a stacked five-fight main card.