RATINGS THROUGH THE ROOF

EFC continues to trend across the globe 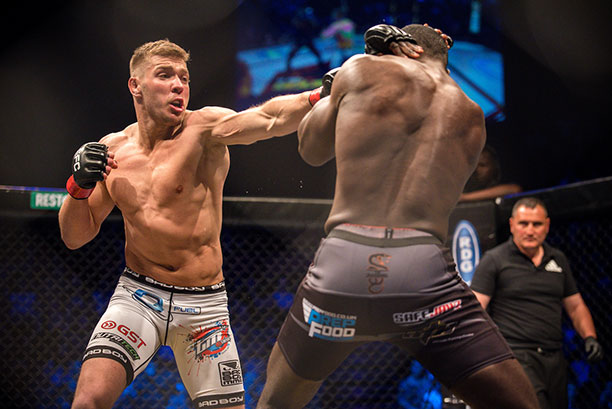 Johannesburg, South Africa – The EFC 62 viewer ratings are in, and they continue to place EFC programming amongst the most popular on Sub-saharan television, as well as across the globe.

Over 1.8 million fans tuned in to watch the historic champion vs champion bout between Du Plessis and Bahati on 19 August, live on SABC 3 – a significant jump from the 1.5 million that tuned in to EFC 60. In addition millions more tuned in to Kwesé Sports across the African continent, and more across the globe.

The new figures place EFC at over 17.1 million unique SABC 3 viewers since February of this year. EFC 62 was also Twitter’s number one trending topic in South Africa for over nine hours on fight night.

When comparing the unique viewer stats from South African TV in July 2017 to rugby, cricket and other sports:

The growing interest in EFC is testament to the quality of the promotion, the skill and tenacity of its athletes, and the passion of its fans both at home and across the globe.

“We are reaching millions of fans weekly and these figures speak volumes! The huge viewership numbers impact our athletes, all associated brands and the organisation as a whole,” said EFC president Cairo Howarth. “Thank you to all! We are looking forward to 9 September in Cape Town.”