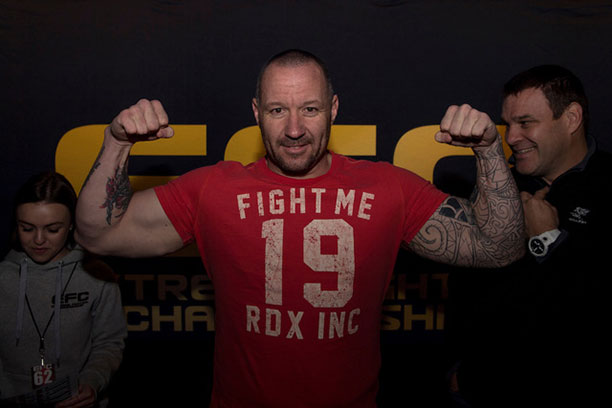 Johannesburg, South Africa – A large media focus was given to EFC light heavyweight Simon Harle in the lead up to his EFC debut at EFC 62 this past weekend. However, on the morning of the event, the official doctor would not medically clear Harle due to high blood pressure.

Due to EFC’s strict health and safety policies, Harle’s high blood pressure was picked up in a timeous manner, before being placed at risk in the Hexagon.

“At the weigh-in they picked up that I had high blood pressure which was expected due to the weight cut,” Harle explained. “However the Doctor guided me on treatment, but come fight day, my blood pressure had not dropped to a satisfactory and controllable level.” He added, “I could have fought, but it would have been very dangerous and I am thankful to EFC and Graeme for calling it off. This is why I love EFC, they really look after the athletes and put on a great show.”

Harle will be scheduled to compete again, once he is medically cleared, against an opponent still to be announced.