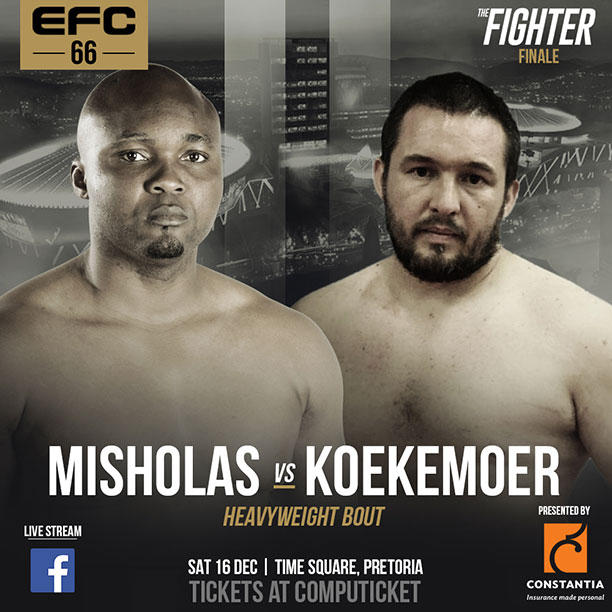 Misholas is best known for his boxing acumen and KO power, but in recent appearances, has displayed a brilliant grappling ability and submission game. Training out of Junkyard MMA in Johannesburg, Misholas knows what it takes to get to the top of the division and has engaged with the best there is.

Koekemoer fights out of TapOut Academy in Johannesburg alongside a multitude of impressive EFC athletes and boxers. Deceivingly fast, he carries a right-hand with KO power rarely paralleled, even in the heavyweight division.

Koekermoer wants to make a name for him self and should he beat the experienced Misholas in his debut, he will do exactly that.

This fight takes place on the prelim card ahead of the five-fight main card headlined by bantamweight unification fight and TF1 Finale.