Jay Cucciniello signs as contestant on The Ultimate Fighter 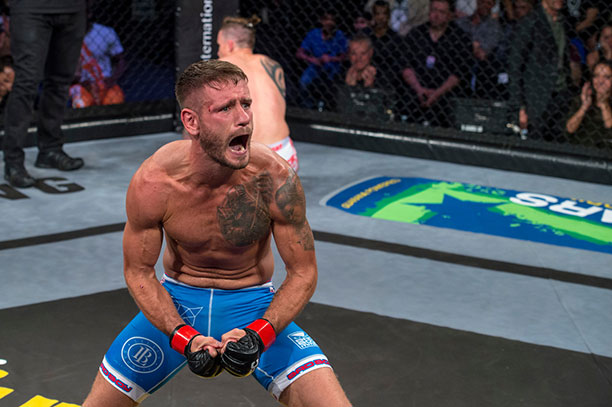 Johannesburg, South Africa – Undefeated featherweight Jay Cucciniello (8-0) has been selected as a contestant on the upcoming MMA reality show The Ultimate Fighter Season 27.

Cucciniello made his EFC debut at EFC 64 in Durban against South African legend Wesley Hawkey. In spectacular and clinical fashion, he submitted Hawkey in the first round, leaving his mark on the division.

Having won the fight in such a dominant fashion, Cucciniello was regarded as one of the top contenders in the featherweight division, and a shot at the title against champion Igeu Kabesa was imminent.

Following EFC’s hit MMA reality show, ‘The Fighter’, that consisted of 11 undefeated middleweight prospects from around the world, TUF now enters it’s 27th season and have selected 16 undefeated featherweight and lightweights to battle it out week by week.

The Englishman has been selected as one of 16 undefeated athletes to compete on the show. Recording is scheduled to begin in late January 2018.

“Best of luck to Jay on TUF,” stated featherweight champion Kabesa after hearing the news. He added, “He wouldn’t have stood a chance against me anyway.”

“Jay is a standout gentleman and exceptional athlete,” stated Cairo Howarth, EFC President. He continued, “We wish him the best of luck in the competition and we are sure he will represent EFC in the best light to the world.”