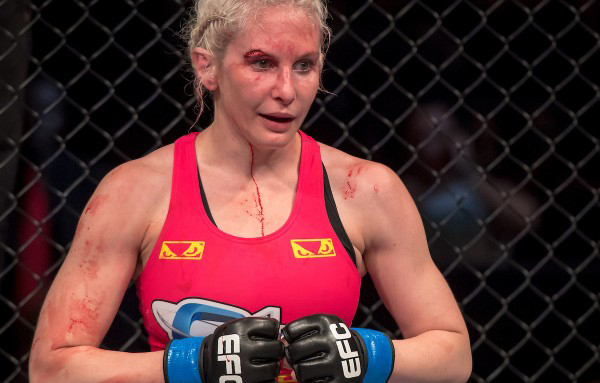 Johannesburg, South Africa – Ahead of the highly anticipated first EFC event of 2018, eNCA previews some of the main card fights, and lays down what fans should expect.

On the history making women’s strawweight fight between South Africa’s Eliasov and Italy’s Penco:
“Usually fighting at atomweight, Penco moves up 4 kilos to face the similar record of Eliasov (2-1), who has only ever fought Europeans in her pro career and lost only to Penco’s compatriot Micol Di Segni in 2015 at the same venue. Also like Di Segni, Penco spends her time away from the gym as a professional model, but it would be suicide if she expects to dominate a much-improved Eliasov since Micol’s unanimous decision victory at flyweight.”

On the welterweight clash between Pritchard and Kalunda:
“Props to Pritchard for getting straight back on his horse after his 23-second KO loss to Da Rocha, as well as to the Kinshasan for putting his undefeated record on the line. With wins over notables such as Scheepers and Seabi, Kalunda is a durable and dangerous future prospect and gets better every time he enters the Hex. Pritchard will be desperate to exhibit the glittering ground game that dispatched Mukulu, Coxen and Bagattin before Da Rocha’s right handed the Walmer lad his first loss.”

On the highly anticipated fight between South Africa’s Masunyane and England’s Hignett:
“Hot on the heels of teammates Allen and Pritchard is the eminently exciting firecracker BK Masunyane (4-0), who faces his first European opponent in Connor Hignett (5-2) from HAMMA on Merseyside. ‘Hand Grenade’ is equally explosive and internationally experienced, with wins in ICE, Shinobi, Tankō and ACB, but his fight moniker is somewhat duplicitous considering that ALL five of his pro victories have come by way of submission, three of which were in the first.”

On the potential middleweight bout between Netherlands’ De Ridder and South Africa’s Allison:
The massive lad from Breda has an 11cm-reach advantage, towers over ‘Grizzly Bear’ at 6’4” and trains out of Renzo Gracie’s flagship Dutch school, which makes sense considering that 7 of his 8 pro victories are by way of submission. Again, another great signing from the EFC and a wonderful opponent to test Allison’s much-vaunted mattitude. Warren hasn’t been past the first since his second-round win against Gareth Sawyer over three years ago, the only time, in fact, he’s ever heard the second bell in his 11 pro fights.

The full preview can be read here: http://efcww.com/2BDooyk